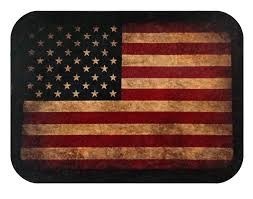 “Christ has liberated us to be free. Stand firm then and don’t submit again to a yoke of slavery.” Galatians 5:1
“These are a shadow of what was to come; the substance is the Messiah.” Colossians 2:17
In light of July 4th, I wanted to take a second to talk about freedom. I love July 4th. For some reason the combination of blowing things up, strawberry shortcake, and Lee Greenwood on the radio makes me extremely patriotic. I have yet to really figure out how all of those three things combine to create that effect but nonetheless I love July 4th. Obviously I’m actually thankful for those have died for our country and make it what it is today and I am extremely grateful for the founding principles that United States was created upon.
With that in mind one of the big banners we like to fly especially around this time year is the word “freedom.” I don’t think I’ve ever met a single person in my entire life who doesn’t like or desire it. Our country rallies upon this idea and it’s one of the many trademarks that make the USA stand out amongst the world’s leading superpowers. However, our limited, patriotic view of it is a simple reminder and shadow of the freedom we have in Christ.
Galatians 5:1 is a great place for us to meditate on what freedom truly is, who created it, and why we as a people desire it so much. Our desire for freedom, whether it be religious freedom or political freedom or economic freedom, spurs from a desire for freedom we were meant to find in the Lord. Freedom is Christ however doesn’t take a war, or political uprising, or economic sanctions. The war has been fought and the battle has been won. That freedom has been granted to us through Christ’s work on the Cross. Scripture is constantly reminding us of the freedom we have when we submit our lives to Christ. Christ freed us from sin, he freed us from the repercussions of sin, and he freed us to a life lived in freedom with Him.
Ephesians 2:1-3 paints a very clear picture of the slavery we were born into. Born into sin, freedom is something our hearts inherently desire. We are created for freedom and relationship with the Lord. Our hearts desire what the original creation had. Adam and Eve had a perfect, intimate, sinless relationship with God at creation. After the fall of man, in Genesis 3, our hearts have always desired to return to that relationship. Freedom in our relationship with the Lord. Freedom from sin and a freedom to intimacy.
Galatians 5 says that freedom has been granted. Christ stepped out of heaven and into a world infected with rebellion to live the perfect life that none of us could live and died an innocent death that none of us were capable of dying so we might live in freedom through faith in Him. Freedom isn’t a new concept and it’s not one that ancient cultures or ancient civilizations created a desire for. Mankind was made by God with a desire and necessity for freedom. Genesis 3 took that freedom away. Christ gave it back to us on the Cross!
This July 4th as we celebrate the freedom we gained through the Declaration of Independence in the United States, I pray this would just be a shadow and a reminder of the freedom we have in Christ. I pray that the freedom we are so abundantly afforded in this country would not be the end of our desire, but would press us to chase true freedom found in the Lord.
Happy July 4th!