Faith Workout: Train With a Message 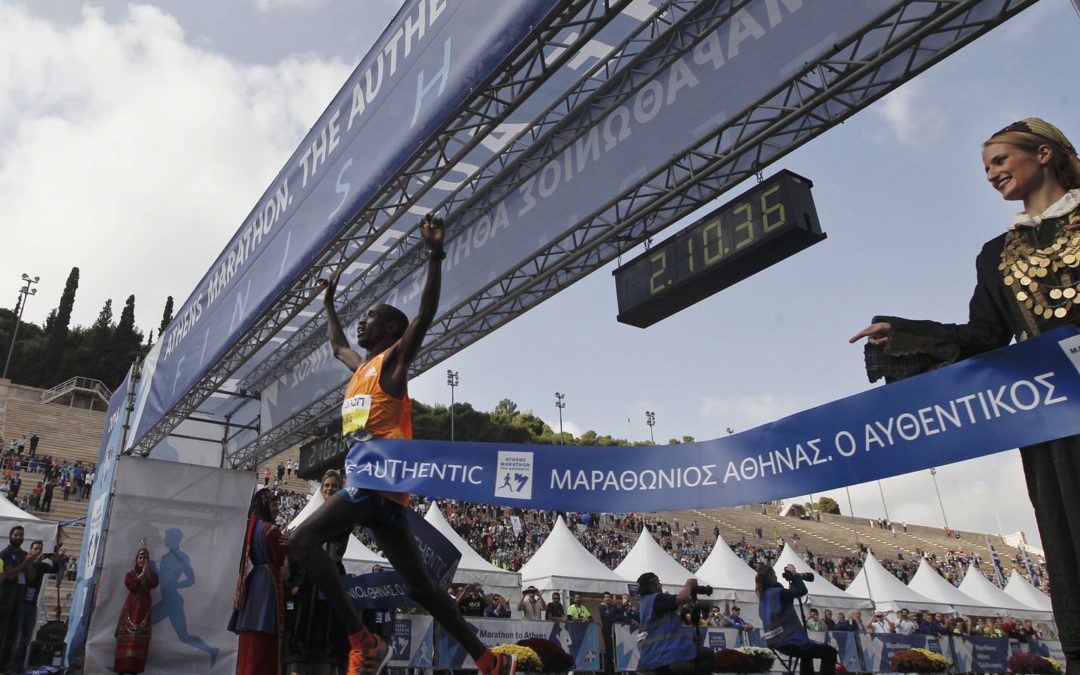 “This Message…by which your life has been saved” (1 Cor 15:1-2)
READ
1 Corinthians 15
REFLECT
In 490 B.C., tradition tells us a man named Pheidippides ran 40 kilometers with a message.  He ran from Marathon to Athens, Greece, with the greatest news possible.  The Athenians could rejoice knowing their over-matched army won the battle against the invading Persians.  This news changed everything!  The Athenians instantly lived in peace due to this message.  Even though they did not physically fight in the battle to obtain the victory, they experienced the same joy.
We have two choices.  We can train with a message of victory in hand, or we can strive through our training for an illusive victory that can never truly be grasped.  True freedom is only possible once the victory has been won.  While we can experience temporary victories through competition, they all leave us craving more.  This hunger tells us there must be something deeper that brings real contentment.
The greatest victory (or “Nike” in Greek) can only be given, not earned.  It is found through receiving a message about a cross, a tomb, and a King who defeated the greatest enemy.  When we train with this message of victory, it’s no longer simply about winning a competition or winning affirmation from others.  We train hard so we can share the message of victory with others through every aspect of our lives.  We are free to be real, to love, and even lose.  We can live like we’ve already won because of the message!
“For sin is the sting that results in death…But thank God! He gives us victory over sin and death through our Lord Jesus Christ.” (1 Corinthians 15:56-57)