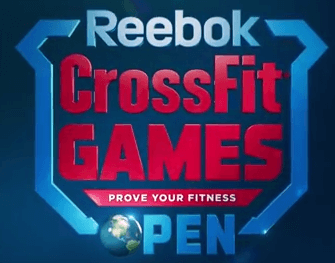 As I was scrolling through Instagram this morning, I ran across a video produced by CrossFit on people’s emotions heading into open workout number one.

The video did a good job allowing some top level athletes to express and be transparent about their own anxieties, but also give encouragement and comfort to the rest of the CrossFit world. The reality is that for many of us we face the unknown with more anxiety than we are willing to admit. We fear failure. We fear that many of the athletes that we were better than last year will be better than us this year. We fear that we will make a fool of ourselves trying to complete movements we’ve never completed before. We fear that while trying to reach lofty goals we’re going to fall drastically short, in front of the world. We fear that we spent a year training and it hasn’t been enough. We fear that our lack of training over the course of this year is going to leave us wanting at the end of this five weeks. The bottom line is our anxiety is rooted in fear.
There is so much that the Bible says about our anxiety and fear. Philippians 4:6 tells us not to be anxious, but do everything with prayer. Deuteronomy 31:6 tells us not to fear anything, but to trust the Lord goes before us and to be strong with that knowledge. God’s word fully acknowledges fear is one of mankind’s most pronounced emotions.

One of my favorite situations in which fear must’ve been abounding is found in 1 Chronicles 19. I’ve written a couple of different blog posts about this situation, but it seems timely as we start The Open. In 1 Chronicles 19 we pick up in the middle of David’s offensive against the Ammonites. He sent his men to the newly crowned Ammonite king as a way of keeping peace and to console him for his father’s death. The Ammonite king in turn disgraced David’s men. David returned the favor by attacking the Ammonites for their disgrace of his men and their disgrace of the one, true, holy God. David’s army, commanded by Joab, found themselves in a dire situation stuck between two armies. The Ammonites had recruited the Syrian army to help fend off the Israelites. The Ammonites were poised on one side while the Syrians were poised on the other. Both enemy armies vastly out numbering the Israelites.
In this place, Joab was probably filled with great anxiety and fear, as were his men. BUT, he said some of the most profound words noted in Scripture. He looked at his second in command and told him he would separate the army to fight each army on two fronts. He then said these words in verse 13. “Be strong, and let us use our strength for our people and for the cities of our God, and may the LORD do what seems good to Him.” I commend those three imperatives to those of you struggling with anxiety about the Open.

1- Be Strong: Trust your training. Trust that you have not worked in vain and trust that your results will reflect that work. God has gifted each of us with bodies fit to do the work ahead. Our body is far more capable of completing the tasks than we give it credit for. Remember that your body is not something made in the image of a small or weak God. We are made in the image of The Holy, Righteous, All-Powerful God who knows no bounds, and whose strength is beyond measure. Trust that He doesn’t create trash or create children who are incapable.
2- Use Your Strength for Others: One of the major reasons we get anxious and overwhelmed about the Open is because we stay focused on ourselves. Our results. Our performance. How others will perceive us. We make the whole thing about us! Remember others are watching and we are working just as much to inspire them as we are to succeed personally. Maybe even more. Others matter more than you! Philippians 2:3 reminds us to, “Do nothing from selfish ambition or conceit, but in humility count others more significant than yourselves.” The greatest motivator is not our own success or our own glory but God’s glory for the good of His people! When we stay focused on the Lord, His glory, and other’s success, all of the sudden our own performance and our own pressure seems so small. We only get caught worrying about our own results when we have such a small view of God and others that we believe our own performance to be more important. What motivated David’s men and leaders to win the day in 1 Chronicles? Fighting for the good and the glory of others. We should do the same!
3- May the LORD do what seems good to Him: He knows best. His plans, ways, thoughts, and desires are far better than ours and reach far beyond our understanding. If we land 100 places better than our goal or 100 places worse, His plan is better. He controls the standings. He controls the results. And ultimately He controls our success or failure. Remember He knows better, and trust that where we land is according to His plan, and is far better than how we might have planned it. That doesn’t give us license to be lazy and expect Him to just magically propel us to the top. Remember, He commands us to be strong. To work for the perfection of our craft. But ultimately the results are in His hands, and I’d rather them be there than anywhere else.
Happy 2015 Open y’all. Remember who you’re competing for and who you represent. Trust Him and let it all hang out!