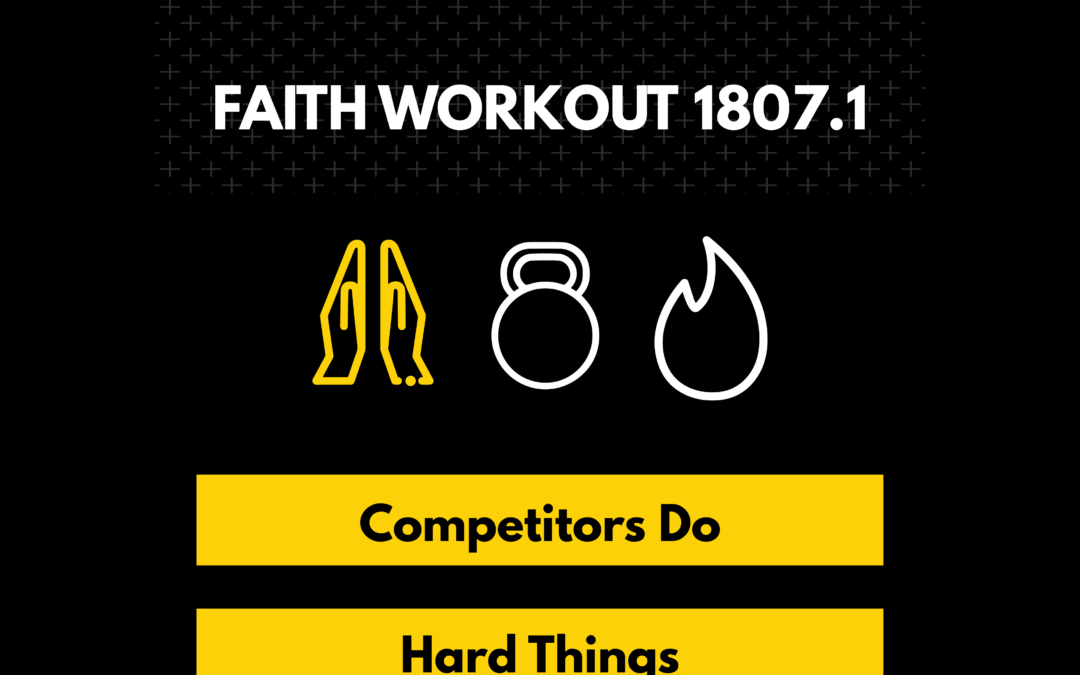 REFLECT
On May 25, 1961 President John F. Kennedy requested over $7 billion dollars from congress to pursue a mission to the moon.  He aimed to complete this mission within the decade of the 1960’s. Even though he was assassinated two years later his dream was accomplished on July 20, 1969.  A year after his request, he inspired the country with a speech given at Rice University in Houston, TX.
In this speech, President Kennedy said, “We choose to go to the moon and do the other things not because they are easy but because they are hard.”  Competitors choose to do hard things.

DISCUSS
How has your commitment to fitness helped you understand the value of doing hard things?
Peter and John were true competitors for the Lord.  They understood that following Jesus often includes “hard things.”  After being instructed to stop sharing their faith in Jesus Christ they chose to trust God with a powerful statement in front of opposition:
“Whether it’s right in the sight of God for us to listen to you rather than to God, you decide; for we are unable to stop speaking about what we have seen and heard.”
Human beings tend to avoid challenges.  We tend to look for the easy way out of adversity.  In fact, we are even prone to think if things don’t go smoothly we must have chosen the wrong way.  But, these men understood that following Jesus is the way that includes hard things.
When Peter and John were released they reunited with their friends and spent time in worship together.  The most amazing part of this story is what they prayed for. “And now, Lord, consider their threats, and grant that Your servants may speak Your message with complete boldness.”  They did not pray for safety or comfort. They prayed for boldness in the middle of adversity.
What about us?  Do we seek the easy road or the hard way?  Are we willing to follow Jesus when it includes hard things?  This is the life of a competitor.
“Enter by the narrow gate. For the gate is wide and the way is easy that leads to destruction, and those who enter by it are many. For the gate is narrow and the way is hard that leads to life, and those who find it are few.”

SKILL WORK
Take a moment to reflect, journal, and pray.