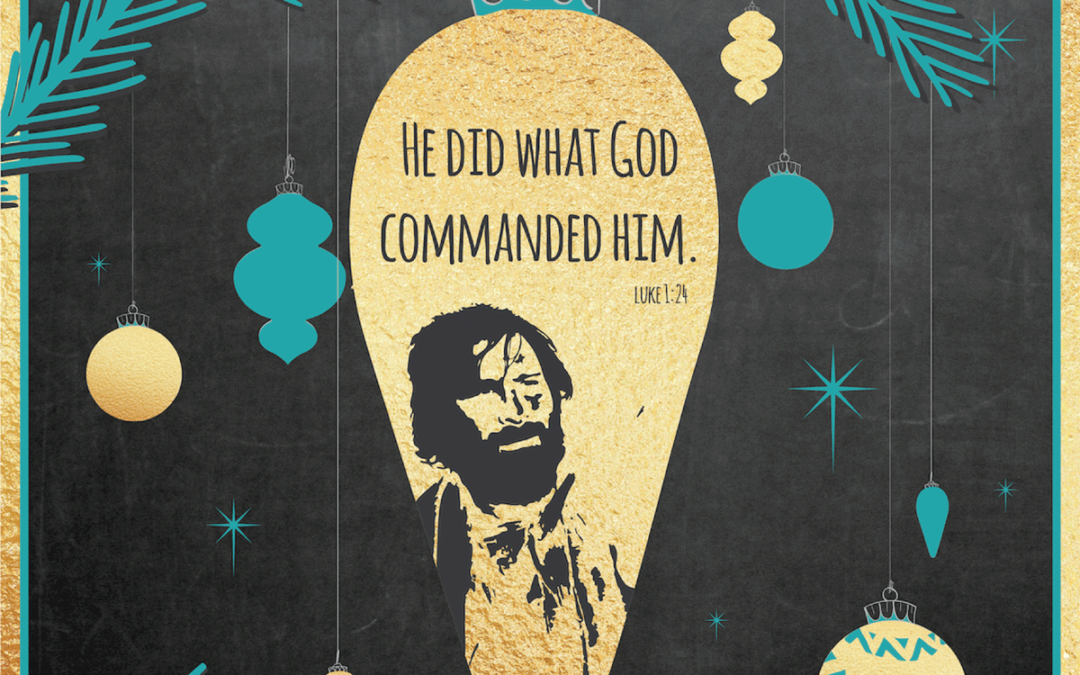 Day 1- The Prophets: The Conviction, Cost, and Triumph of Truth
Day 2- The Jewish Nation: The Gift of Waiting
Day 3- Mary: Perfect Isn’t Required

READ: Isaiah 7:14, Luke 1:26-28, Matthew 1:18-25
“Therefore the Lord himself will give you a sign. Behold, the virgin shall conceive and bear a son, and shall call his name Immanuel.” – Isaiah 7:14
One of the most overlooked and often most criticized players in the Christmas narrative is Joseph, Mary’s husband. He gets criticized more than commiserated with for his reaction and disposition toward Mary‘s pregnancy. His initial unbelief and wariness of the immaculate conception is often spoken of to his discredit. However, I think if we take a second and really consider the person of Joseph, he’s far more somebody to be understood and honored, than criticized.


I’m a high school teacher. That means day-to-day I hear and have to discern certain “truths“ from high school students. If you spend any amount of time around high school students you know these “truths“ aren’t exactly that. “I’m late because I was taking a test.“ “ I couldn’t do my homework because my computer is broken.“ And my all-time favorite, “I didn’t realize we were going to have class today.“ (Like what else did you think we were going to do today?)

However, the truth about high school students is that every now and then they catch me in my initial disbelief with evidence to their case. While most of the administrative staff don’t blame me for initially questioning my students excuses, every now and again the student proves me wrong. Anybody who works with or spends time around high school students knows it is not inappropriate to consider there’s always an agenda in their decision making and choices. It’s normative to keep that in mind when considering why they do certain things. This is one of the major reasons why I think Joseph doesn’t get enough credit in the Christmas narrative.


If we read Luke 1:26-38 alongside Matthew 1:18-25 it’s easy to see a couple different sides of the same story. On the one hand we see an angel visiting Mary explaining clearly to her that she would be carrying the Christ child. As shocked as she probably was, she likely would’ve moved from shocked to belief very quickly. (If you’re a parent, especially a mom, that first trimester is evidence unto itself.) Knowing she was a virgin and knowing she was experiencing the effects of pregnancy alongside a vision from Gabriel, Mary likely moved from disbelief pretty quickly.

Contrast Mary’s experience to Joseph’s. In Matthew chapter 1 it’s far tougher for him to get behind this miraculous story. If we put ourselves in his shoes, we likely would have felt the same way. Shock, anger, disbelief, sadness. All emotions Joseph likely would have felt as his wife to be explained she had “conceived by the Holy Spirit.“

In his mind, even if he were willing to forgive her for what appeared to be adultery, she was unwilling to confess to the truth. I can’t imagine the emotional toll these conversations would’ve taken on the two of them. Both fully believing, for good reason, that they were not mistaken and yet in full disbelief that their loving partner would not see the truth.


Enter the dream. All of a sudden Joseph knows the truth. An angel not only professes the truth of Mary’s story but cites Isaiah 7:14 as further evidence. Joseph must’ve woken up in sheer disbelief and extremely apologetic. Can you imagine the lines he would’ve practiced and the apologies he would have rehearsed in preparation for that conversation with Mary? Can you imagine the relief on Mary’s face and likely the tears as her soon to be husband professed his believe in the Christ child inside of her?


Just like my students like to prove me wrong, on a much grander scale Joseph experienced the same reality. He had hard evidence to the contrary of what he thought made sense. However, the lesson isn’t in Joseph’s eventual belief but in His disposition that follows. Joseph, taking on the world on behalf of his wife, would have sounded like a crazy man testifying to the truth.

His reputation, his friends, and so many other parts of his life would have been lost as he stood next to his wife in what seemed to be a wildly ridiculous story. Amidst much pressure and probably costing him much, he stayed faithful to the testimonies of the Scriptures, the message of God given to him through an angel, and the word of his wife. It took drastic measures but once he saw the reality of the Messiah being born from his lineage through his wife to be, faithfulness and steadfastness would become Joseph‘s mantra. To Bethlehem from Nazareth, to a lonely humble stable, to Egypt in flight of an evil king, Joseph stood by the truth and stood by his wife likely amidst a great amount of loss. What a story of redemption!

More Devotions from our Christmas series, The Men and Women at the First Christmas:
Day 1- The Prophets: The Conviction, Cost, and Triumph of Truth
Day 2- The Jewish Nation: The Gift of Waiting
Day 3- Mary: Perfect Isn’t Required
Day 4- Jospeh: The Forgotten Father
Day 5- Elizabeth: Joy in the Waiting
If you’re wanting more, Spencer shares why he resonates with the Joseph.