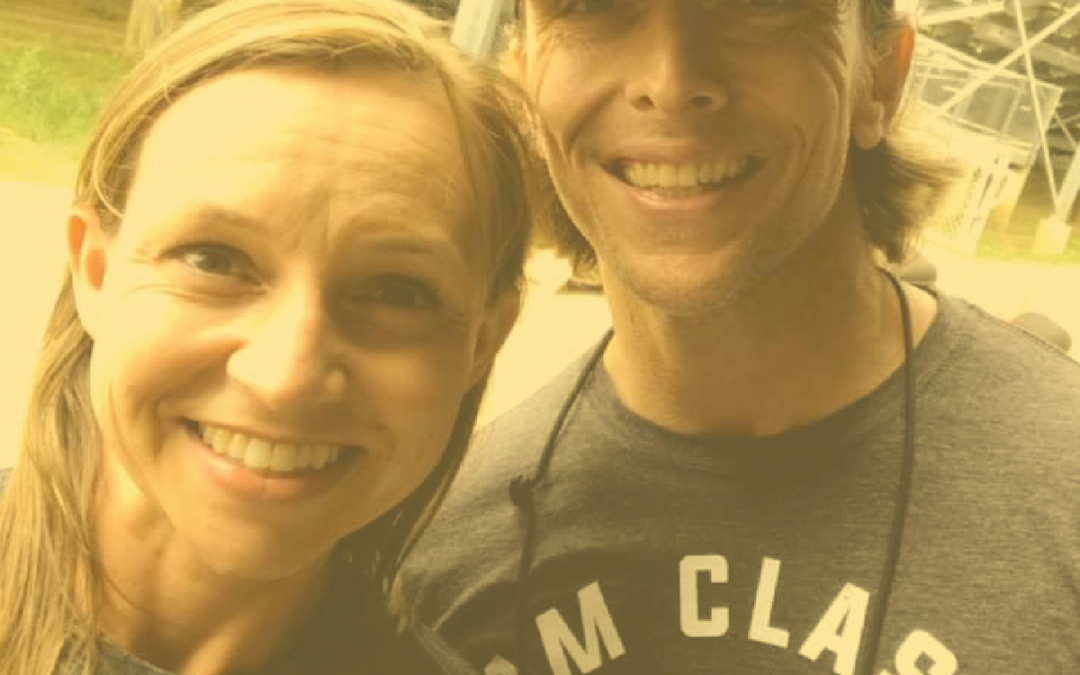 This month we we will focus on the Spiritual Disciplines used to grow stronger in our relationship with God. It’s breaking down the practical steps to be able to “walk the walk.” Drew embodies this in how he serves others and in the practical steps he takes when he doesn’t feel as close to God.
Enjoy the interview.

What is CrossFit Katy?
We are a CrossFit affiliate located in Katy, Texas.  Neal Kay started CrossFit Katy in 2008, and at the time was one box of less than 10 in the Houston area and the only one in Katy.  He began with some Kettlebells, dumbbells, slamballs, and jump ropes out of the back of his suburban in a local park. From there he grew it to a 2,400 square foot facility with about 80 members.

In 2011, my wife and I partnered with him after we had been members for about 2 years.  From there Mike Scott joined us in 2012 and we grew from the 2,400 square foot facility, to our current location, which is 6,500 square feet.  In 2017, Neal decided to sell his interest, Mike stepped up to take the majority ownership share, and we brought on Adriel and Nicki Ramirez as partners to help us continue the great things we are doing at CrossFit Katy. 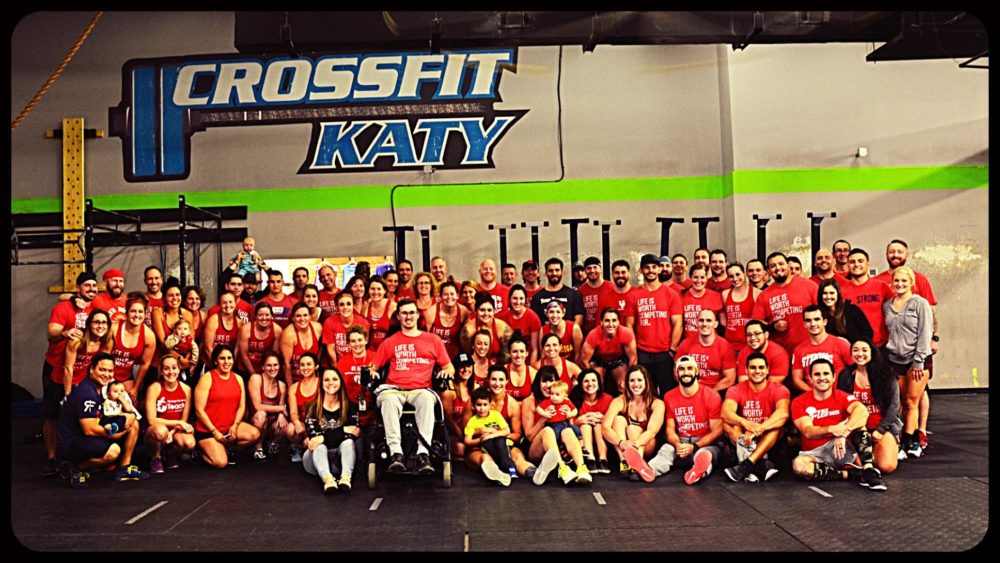 What is the story behind Crossfit Katy and why you started it?
As mentioned above, Neal started CrossFit Katy in 2008.  He started it initially, because, I think like most stories of affiliate owners go, they found CrossFit and fell in love with it.  He saw it as a way to change people’s lives and do something he enjoyed for a living.

At first, I decided to invest because I saw it as a possible opportunity to invest in something I too fell in love with as a workout regime.  I had an entrepreneurial mindset and always considered having an interest in a small business while continuing my full time work in the oil and gas industry. Partnering with someone who had the ability to run the business full time seemed like a logical way to make it a possibility. 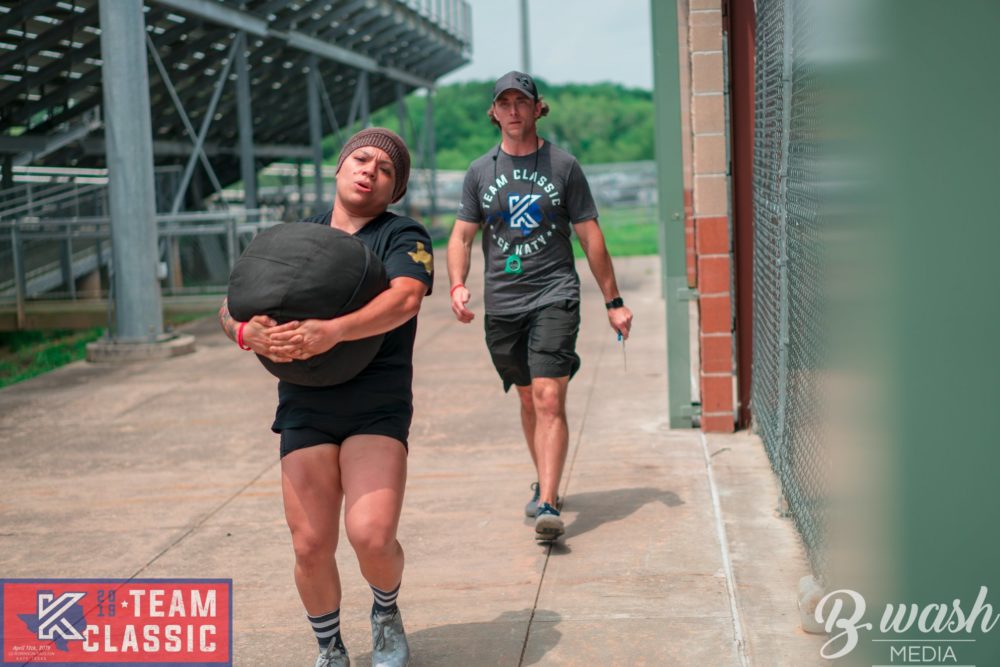 Do you have a life verse, or verse that you live by?
I have several that I keep on my wall at my office.  I have one saying I tend to think of often that I am not sure is a verse either.  In sum they focus on first and foremost, in good and bad, trusting in the Lord. From there try to do your work for Him and His glory and shed his Love and Light in the world wherever you are placed. 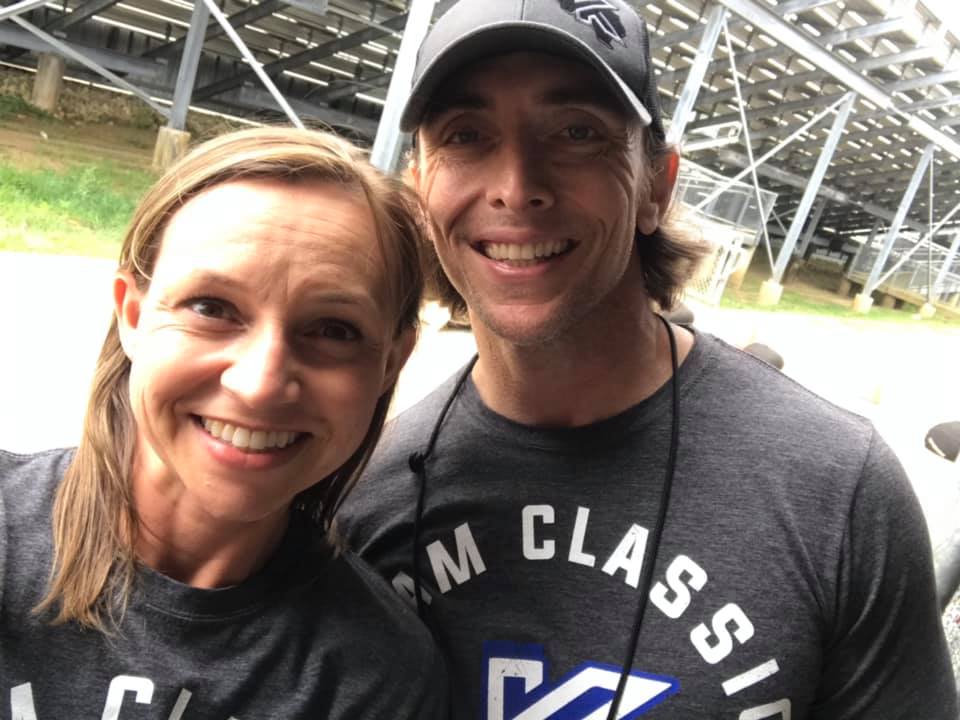 How did you come to know the Lord?
I grew up in a Christian home.  We did our best to attend church on Sunday’s, sometimes two boys could wear their mother down on a Sunday and get to stay home.  I identified as a Christian, but judged myself and my ‘level’ of Christianity on how good or bad I was acting.

I definitely took my own path through college with intermittent attempts to try and strengthen my relationship with Christ never materializing as strong as they should have.  I would say that when we moved to Houston I re-committed to following the Lord when I was baptized after joining Second Baptist in 2003 with the support of my wife Lezlie. 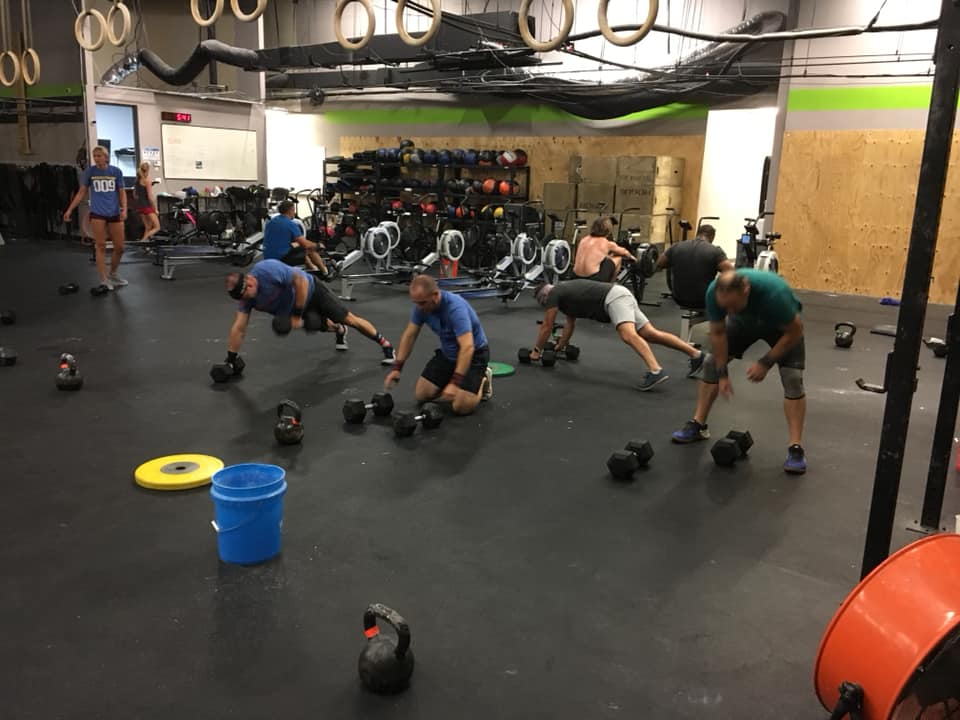 What has your relationship with Him been like?
As discussed above it has been on and off throughout my life until 2003. There are still times when I drift and don’t put the focus on maintaining a strong connection as I should.  I would say that I never doubt Him, maybe that hurts me in a way sometimes as I allow that feeling of comfort to let my connection slip, but I always have a feeling of peace that whatever happens He will be there and He will help us through it.  Our church has begun a campaign to read the Bible in 52 weeks which has reinvigorated a desire to learn and grow. 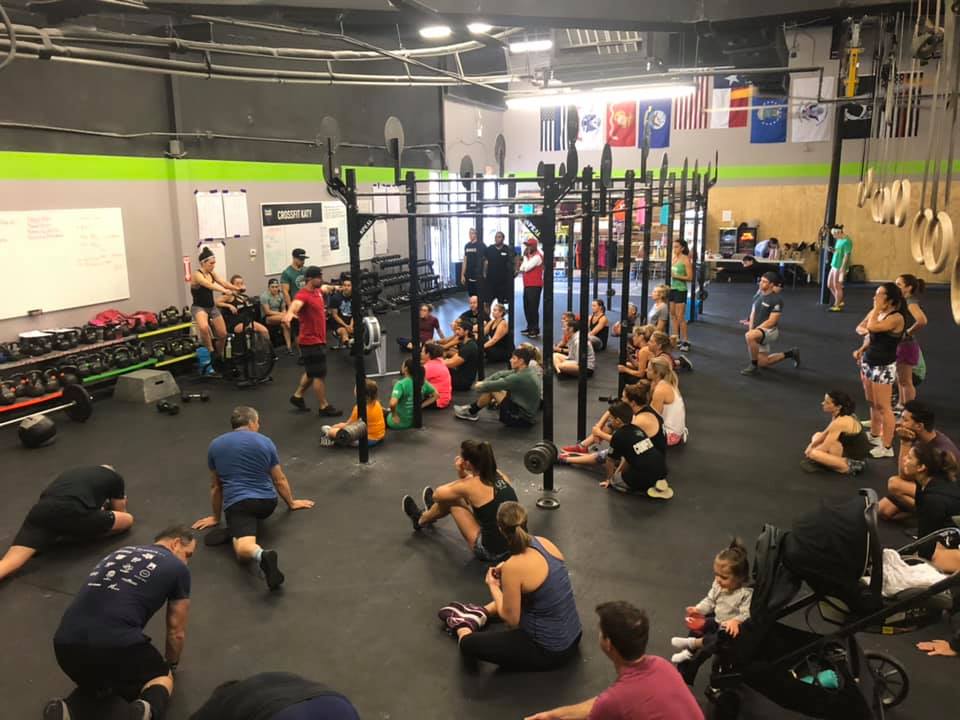 How has it impacted the way you view business?
Our CrossFit business has been impacted in that I take a different view of what we are doing for people.  We are not just there for their physical health, we are there to change their overall health, which to me includes physical, mental and spiritual.

Not everyone that walks into our doors believes the same as me or will ever believe the same as me, but that doesn’t change the fact that we can impact them positively by treating them with love and kindness which are the ways I feel treated by our Father.  My hope is that we at some point make their day, week, month or life a little better than when they first came to see us. Maybe they will take that feeling and spread it to someone else and have a desire to understand more about what I am about. 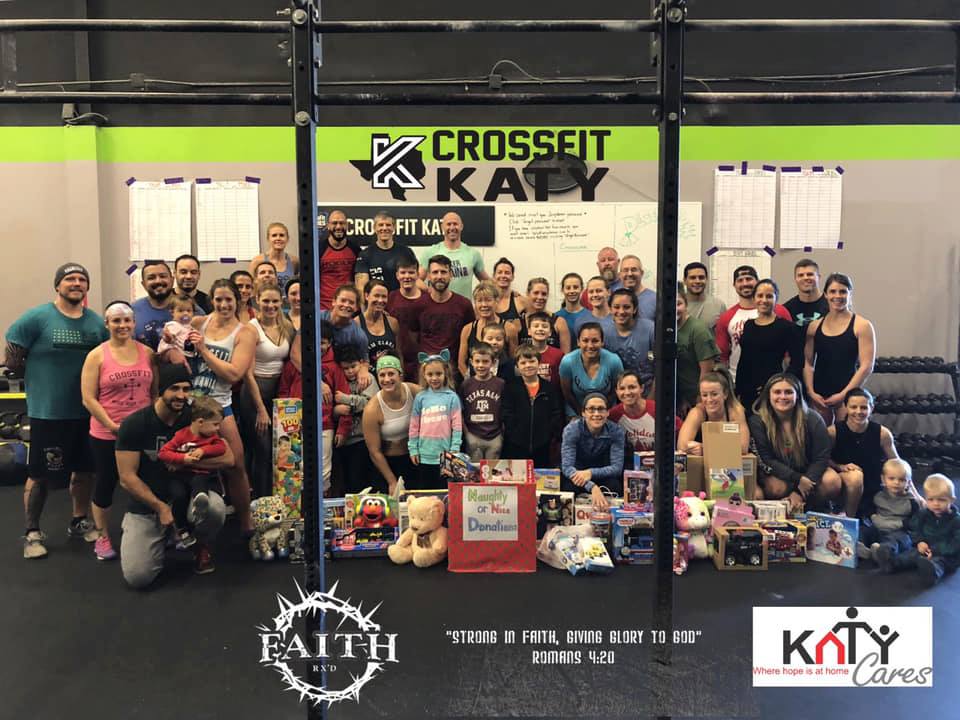 Why did you decide to join Allied Affiliates?
We joined Allied Affiliates on behalf of CrossFit Katy because we believe in the message that FAITH RXD is bringing to affiliates across the world.  We see that a CrossFit affiliate is a melting pot of people from all walks of life, some of whom would not take a chance to walk into a religious building.  However, they might be willing to go visit that CrossFit gym having a community workout and just happen to listen to a message that day which they otherwise would have never heard. 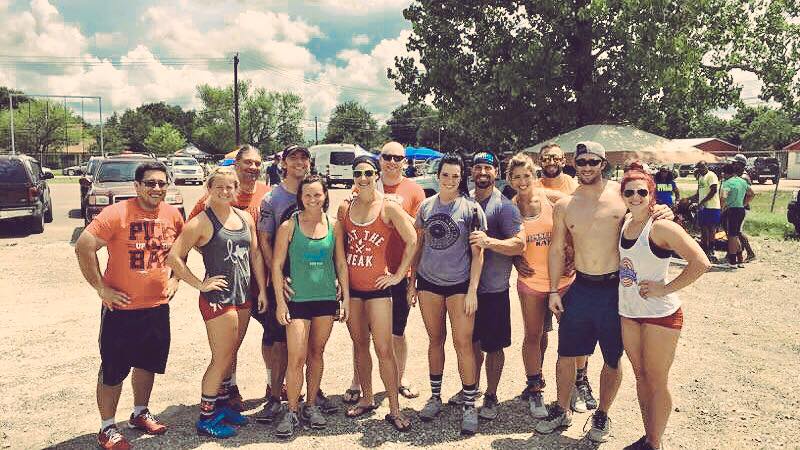 What does it mean to unite Faith and Fitness?
To me our faith is on display in all we do.  In the gym it will come out in the way we act and treat others during our time there as well as how you work and put in the effort.  I believe that staying humble, working hard and being kind to those around you goes a long way to spreading God’s love to others.
____________________

Drew and her box, CrossFit Katy, have been avid supporters of our for many years. It is because of men and women like him that FAITH RXD is able to do what we do. Allied affiliates are CrossFit boxes that have partnered with FAITH RXD and support our mission. If you would like to learn more, please click the button below or email us info@faithrx.flywheelsites.com. 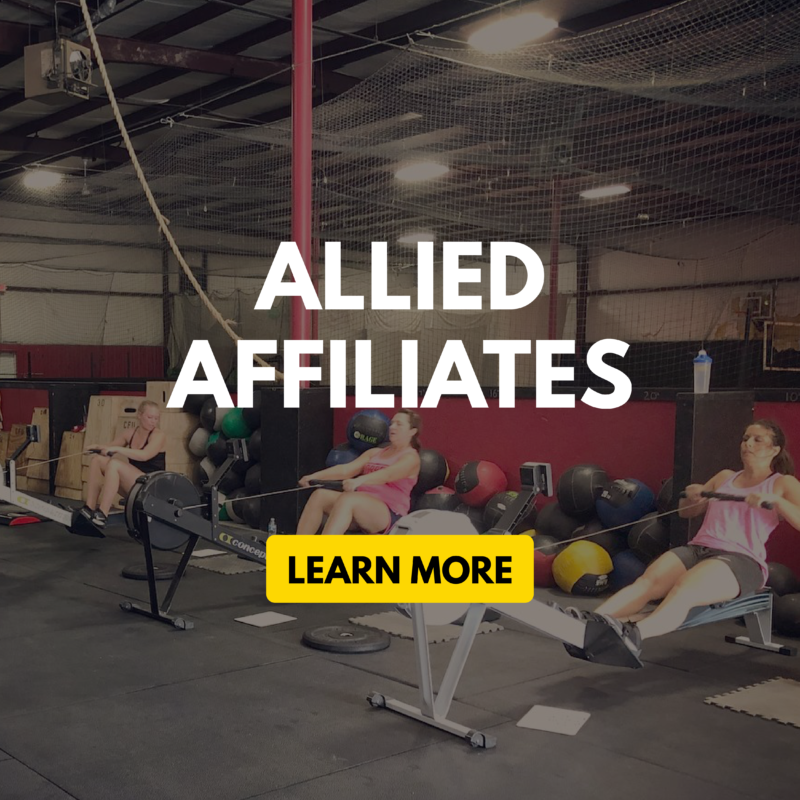