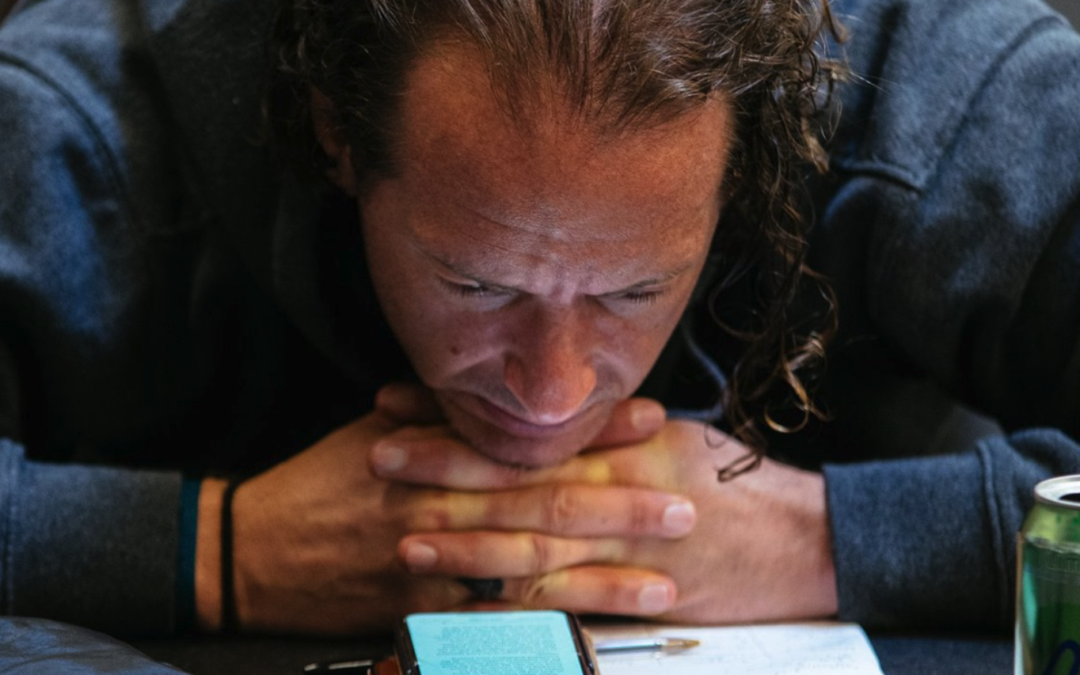 Today I hope you’re challenged to go beyond having just a good faith to having a great faith. . .

Faith means being sure of the things we hope for and knowing that something is real even if we do not see it.  Hebrews 11:1

Faith is more than just a mind set.  Faith is not just what I think about God.  Faith is believing God for what we can not see and obeying Him because of my belief.  Great faith calls you and I to action. Because I believe that Jesus is who he says he is, this is how I live.  Your actions, the way you live, the choices you make every day will reflect what you truly believe. . .

You see, good faith is, “Yes I believe in Jesus, He’s my Savior.”  And your eternity changes.

Great faith says, “I believe in Jesus and he is not only my savior; but, He is my Lord.  Because He is Lord I’m going to live life the way he desires for me to live life. I’m going to resign as CEO of my life and I’m putting Jesus in charge.  If there are thing in my life that I’m doing that I have never had a problem with that go against live according to His rules and not my own.”

My life is going to reflect what I truly believe.  This is going to be a hard fact to swallow, because there are things that you and I still do; there are choices that we make- some of us once in a while, and others everyday.  We know that some things we choose to say, “Yes,” to, the Bible clearly says, “No.” You may have enough faith to believe that Jesus is God; but let me ask you, “Do you have enough faith to obey Jesus since he is God?”

Living in faith is always scary because again, it’s living as if something is real even though we don’t see it.  Because I believe that Jesus is real and that He loves me I am going to live my life according to his plan and I am going to be fully devoted and fully obedient to him even when I don’t feel like it.    Even if it doesn’t make sense. Even if it seems impossible. Even if everyone else is swimming against that flow. Faith is following through with actions on what you believe.

The pattern is, I believe, therefore, I act.  And the same is true with you.

God will always give us opportunities to stretch our faith.  God already knows what we believe. We can’t prove anything to him.  Because the Bible says that He knows our heart. However, these opportunities will reveal to ourselves what we really believe.

There’s really no better example that shows a persons faith and lack of faith than a guy in the Old Testament name Abraham. . .  In Genesis Chapter 12, God calls Abram to leave his family and his city and his country . . . God tells him that he is going to be the father of a great nation and have more descendants than the number of stars in the ski.

O sovereign Lord, what good are all your blessings when I don’t even have a son? . . .   You will have a son of your own to inherit everything I am giving you. Genesis 15:2 & 5

And Abram believed the LORD, and the LORD declared him righteous because of his faith.  Genesis 15:6

Abraham believed the Lord; however, will his actions line up with what he says he believes?  It is one thing to say that “I believe that God is going to do what he says.” However, when it comes down to it, we have to ask, “ Will I allow God to do it his way because I believe he knows best or will I do it my own way or the way that someone else says is best?”

In Ch 16 Sarai,  Abraham’s wife says, “Hey, Abe, God is not given me any children and if he’s going to populate the earth through us we better come up with our own plan.  So why don’t you take my maid servant and have sex with her. If she has a child, I have my own family through her.”

Abram had sexual relations with Hagar, and she became pregnant. . .  Genesis 16:4

The Bible says that when Abram was 86 years old, Hagar gave birth to a son named him Ishmael.  Ishmael now becomes Abraham’s first born son. Ishmael became the father of many of the Arabs. Because Ishmael was the first born of Abraham, the Arabs claim that the land promised to Abraham now known as Israel belongs to them.

Yet, God is a God of second chances. . .   When Abram was ninety-nine years old, the Lord appeared to him and said, “I am God almighty.  Obey me and do what is right. Genesis 17:1 Abraham says, “God I’m 99 please let Ishmael be the son you promised.”

Now, they both laughed at the time, but they’re faith had gone from good to great.  So, they got busy in their ripe old age, and what seemed impossible, became reality.  And the son that God had promised came into the world. Because Isaac was the promised son of Abraham and his wife Sarah, the Jews also claim the land known as Israel.

They believe that God promised them the land they now have, and even more, through Abraham.  Because Abraham did not do the right thing the first time around, many people are still paying the consequences.  Choosing to take things into his own hand, Abraham started one of the longest running feuds in the world, between the Arabs and the Jews.

The great plan was the impossible one!  Most great plans are! The Hagar plan was a good one.  But, it wasn’t God’s. The Sarah plan was a great one, because it was Gods.

What do your actions say you believe?

I believe that God created and established the local church –   So I act on that belief, by attending regularly.

I believe that God exists – So I act on that belief, by talking to him each day.

I believe that God’s ways are better than my way – So I act on that belief, by reading the Bible and obeying what it says.

I believe that all things work for the Good of those that love Jesus – So I act on that belief, by not getting mad at the world when things don’t work out like I think they should.

I believe that God is going to take care of me financially –   So I act on that belief by making a budget, spending wisely, and giving God more than what he asks for.

I believe that God can take a bitter marriage and make it sweet – So I act on that belief by seeking Godly counsel, reading books, listening to CDs or podcast, and hanging on for dear life at times.

What do your actions say you believe?  The old saying is very true – Actions do speak louder than words!

What do our actions as a FAITH RXD Chapter say that we believe?

People say all the time, well I just have to have faith, I just gotta have faith . . .   So you see that Abrahams faith and the things he did work together. His Faith was made perfect by what he did.  James 2:22

An example of faith is faithfulness and obedience.