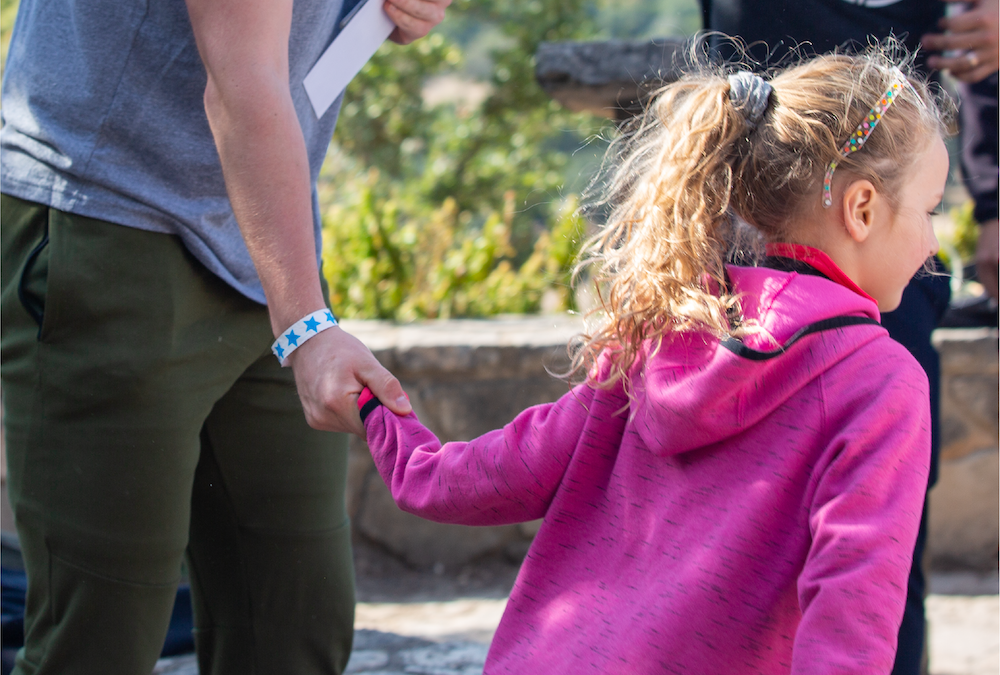 What you believe is extremely important.  When I was about eight years old and my brother was nine, he believed that it was safe to cross the street. He believed that he could get across before the nearest car. Because of his beliefs, he took off running and as he closed in on the sidewalk just three feet away, a car slammed on the brakes. The entire world came to a stop and in slow motion I watched my brother fly through the air. What he believed to be true was a dangerous lie.

What if what we perceive to be true really isn’t true at all, and is also a dangerous lie?

#1.  Believing there is quality time without quantity time.

Jesus obviously didn’t have any children.  However, He did have disciples. The word “disciple” comes from the Latin word, discipulus, meaning “a learner.”  Wickipedia says that a disciple is “one who learns from a teacher, a student.”

. . .  Jesus took Peter, James, and John and led them up a high mountain.  His appearance changed from the inside out, right before their eyes.  His clothes shimmered, glistening white, whiter than any bleach could make them.

No one truly knows exactly what happened on that mountain.  Those there were able to witness something special. They saw Jesus in a whole new light.  They were present for this quality moment. They had spend a large quality of time with Jesus and now they get to experience something special.

You need to spend time together as a family.  This is time were you connect on a deep level with one another- where you experience something special, where you have a below the surface conversation. From all of the quantity of time, you will have a few quality moments.

Barna also showed data indicating that in most cases, people’s spiritual beliefs are irrevocably formed when they are pre-teens. Upon comparing data from a national survey of 13-year-olds with an identical survey among adults, Barna found that the belief profile related to a dozen central spiritual principles was identical between the two groups.

“In essence,” the researcher noted, “what you believe by the time you are 13 is what you will die believing. Of course, there are many individuals who go through life-changing experiences in which their beliefs are altered, or instances in which a concentrated body of religious teaching changes one or more core beliefs. However, most people’s minds are made up, and they believe they know what they need to know spiritually by age 13.”

Most people make a public commitment to Christ between ages 8 -18.  Less than 20% will ever make that decision after age 18.

Write these commands that I’ve given you today on your hearts.  Get them inside of you and then inside of your children. Talk about them wherever you are, sitting at home or walking in the street; talk about them from the time you get up in the morning to when you fall into bed at night.

#3.  Believing there is no monsters in the bedroom.

This is very important as our children get older.  I believe many parents unintentionally set their kids up for failure. I’ve talked to many parents, including myself, that when choosing between trust and wisdom, many have chosen trust.  If you want to let your kids know you trust them find other areas besides the bedroom to show it.

Be careful not to set your kids up by allowing monsters in the bedroom in the name of trust.  These monsters I’m talking about are things and people that could be very tempting at times to do inappropriate things with.  What would you say are some monsters to keep out of the bedroom? Phones, Computers, etc.

If one of these little children believes in me, and someone causes that child to sin, it would be better for that person to have a large stone tied around the neck and be drowned in the sea.

Parents, don’t come down too hard on your children or you’ll crush their spirits.

Believing you can do this parenting thing on your own without the love, the wisdom, and the guidance of the greatest father figure on planet earth is the most dangerous lie of all.  Let’s face it, parenting is the toughest position we will ever hold in our entire life. You and I will never be in a position where there is more at stake than the life of the children that God has put in our care.