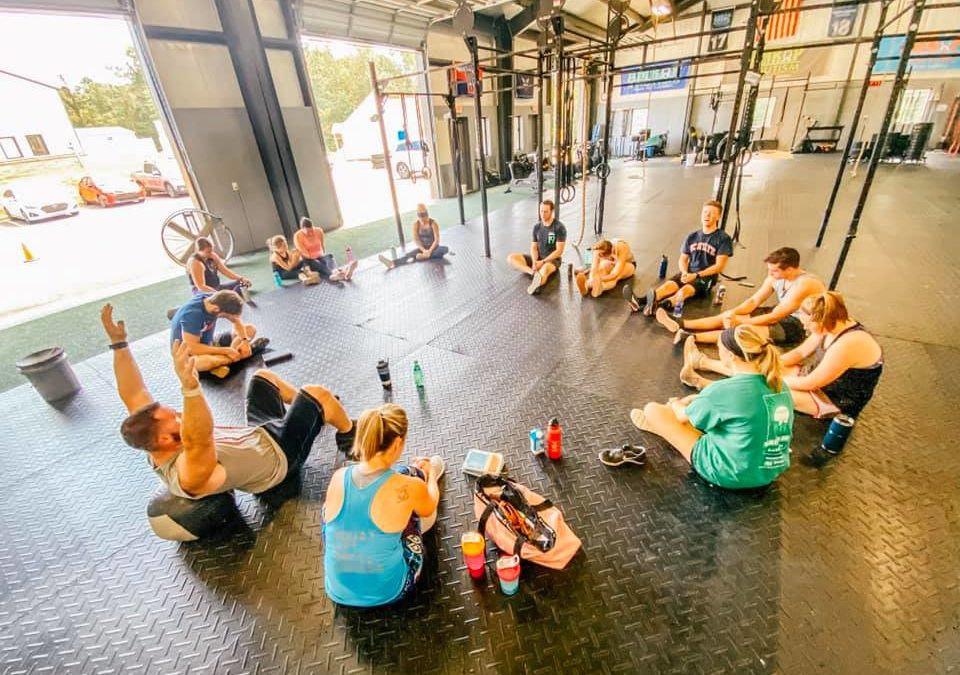 Some of my favorite movies are sports movies; like Hoosiers, Miracle, and Remember the Titans. What I love is that there is always a scene where the coach will pull the team together and…

There is a similar scene in the life of Jesus.  It’s during the period of time between the resurrection and the time when He physically left the earth.

“After His suffering He showed himself to these men and gave many convincing proofs that he was alive. He appeared to them over a period of forty days and spoke about the kingdom of God.”

Jesus had spent about 40 days with his team and now he is preparing to leave. Jesus calls a timeout; (WHISTLE) he pulls his team into the huddle and…

And here is what he said, it basically boils down to one sentence:

“You will receive power when the Holy Spirit comes on you; and you will be My witnesses in Jerusalem, and in all Judea and Samaria, and to the ends of the earth.”

This is Jesus laying out His Game Plan.  Jerusalem was where they were, Judea was the surrounding area- kind of like the county or the regional area that Jerusalem was in. Samaria was farther away and a different culture, and the ends of the earth means basically “all over the world.”

You’d think these guys would hear that and go tearing out of the locker room to get in the game.  I mean these were the disciples, the 12 Apostles. They had seen Jesus walk on water, feed the five thousand, and turn water into wine.  They sat under His teaching for three years. They’d just spent 40 days with Him after He had risen from the DEAD. These are the guys who have all the churches and schools and kids named after them.  So you’d think these guys would have busted out of the huddle and “Got-er done”- being His witnesses, representing Him; starting where they were, then spreading out to the whole wide world. That’s Acts 1:8!  The Game Plan!

Yet, in Acts 8:1, we see a tendency in that first group of Christ followers when it came to the game plan that we need to know about.  The early church had the game plan, but they were slow to move on it. A plan will not work unless you work the plan. You can’t just pray about the plan.

Think of it as being kind of the opposite of dogs.  Dogs have no problem moving around, in fact, if you don’t want a dog to move around, you have to teach it to. Right? “Stay!” you tell them. You have to teach a dog to stay. Dogs don’t have to be taught to go…they naturally go.

It’s what churches naturally do, too; and any other individuals. Think about where you are sitting.  You probably sat in the same section, and probably the same row the last time you were here.  We naturally stay.

It’s a pretty human thing, a very natural thing; but you’ve got to remember something about the Game Plan Jesus gave His first followers, the Game Plan was not natural, it was a super-natural thing.   People and churches (since churches ARE people!) tend to naturally stay, and that gets in the way of Christ’s supernatural game plan for helping people find their way back to God. So in Acts 8:1, it takes someone losing their life to get them motivated, to get the church to start following the Game Plan. Finally, they spread out to Judea and Samaria, and the game is on!

The reason we need to know this is, is that odds are, for us as a box, and as individuals, we’ll find the same tendency in ourselves.  The tendency to stay where we are and keep doing what we’re doing instead of going ahead with the Game Plan that we’ve been given.

A supernatural game plan is going to take a supernatural power, and this power is experienced by God’s people being Spirit-led.

When Jesus said, “But you will receive power when the Holy Spirit comes on you,” he was laying out the first value that will guide his movement: that we will be Spirit-Led. We have to be able to hear Him. It’s no one else’s job to feed you! When someone ever says, “I’m not getting fed,” my question is “What are you a baby?”

Over, and over again, God’s word talks about this first value:

“My sheep listen to my voice; I know them, and they follow me.”

“Since we live by the Spirit, let us keep in step with the Spirit.”

Right now some of you are sitting on the sidelines and God is saying, “I want you in the game.”  Some of you hear God, you’re just not sure if it is God or a bad burrito the night before. There is:

God’s Prompting – As I talk right now, some of you can sense inside you something saying, “I need to serve, I need to make a difference”…that’s God!

God’s Word – Bible tells us that “Jesus came to serve and not to be served”; “Each person is given something to do that shows who God is” I Corinthians 12:7 …that’s God!

God’s People – People have told you, “you’d be great!” or “you should sooo try that” …that’s God!

God Created Circumstances – Situations ordained by God that are unique to you…that’s God!

There’s something that God will enable us and empower us to do that He will never make us do for Him.  And that something is RISK. Take risks. History-makers are almost always risk-takers.

Risk taking is always about being willing to fail.  Columbus, Ben Franklin, The Wright Bros, they all took risks…and they all failed. Yet they are known in history as helping to change and shape the world.

Jesus calls us witnesses. Which it is a huge honor to be called to represent, to present God to the world, but witnesses also means “martyrs.” These are the ones who are willing to lay their whole lives on the line, even to the point of losing them.  This is the part of Christ-following that is let’s say, not so popular.

Jesus came to the disciples, and is coming now to you and to me, reminding us that calling us to be risk-takers for him is about being Spirit-led.

When Jesus laid out the Game Plan he was talking to us as a team!  When he said, “The Holy Spirit will come upon you,” the “you” is a plural.   The “you” is all of us – it will require a team effort; we all must be willing to risk where He calls us to risk.

ON-THE-MOVE:    “In Jerusalem, Judea, Samaria and (will ultimately impact) the ends of the earth.”

If all of us as a team of Christ Followers will live Spirit-led, risk-taking lives, we will get to change the world. It will start “in Jerusalem, Judea, Samaria and (will ultimately impact) the ends of the earth.”  He is saying that this is THE Game Plan to change the world into the kind of world that God dreamed it could be!

I believe the reason that God’s game plan is so often unrealized is not because we don’t know the Game Plan; it’s because we still don’t have a whole team working the Game Plan!  Let’s face it, it’s easier to be self-led and to play-it-safe… right? But this requires a 100% team effort! This is a Game Plan that requires every one of us on this team be spirit-led and risk-taking together!

So you have a decision to make today.  Are you going to be a Christ Follower or a Christ stand-stiller!  You’ve got skills! If you are not yet “going,” I want you to pick a position and give it a try.  It is time to get out of the stands, to get off the bench, and get in the game!