Faith Workout 1912.2 | The Grinch Who Tried To Steal Christmas 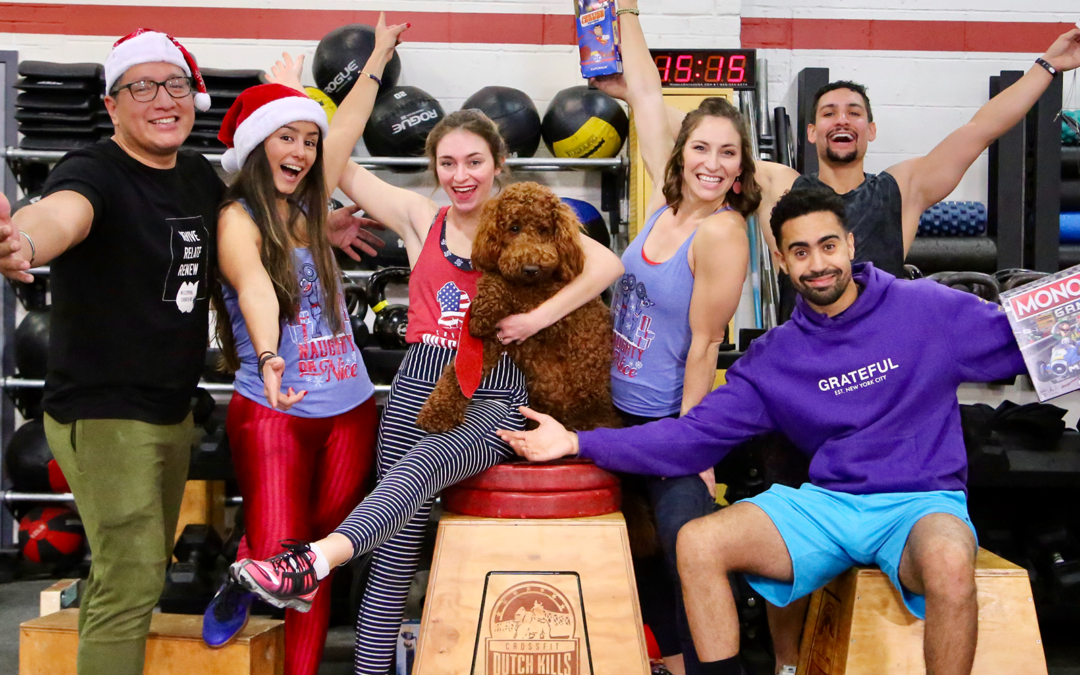 The Grinch had no convictions.  He was hurt when he was little because of the people making fun of him and so he was out for revenge.  The happier the people were in Whoville the more miserable he would get.

I want to tell you about another Grinch living about 2000 years ago.  This Grinch went by the name of Herod. You may have heard of him tucked away as a subplot inside the part of the Christmas story when the Magi/wisemen are coming to bring gifts to the newborn King.

After Jesus was born in Bethlehem in Judea, during the time of King Herod, Magi from the East came to Jerusalem and asked, “Where is the one who has been born king of the Jews?”. . .   When King Herod heard this he was disturbed . . . Matthew 2:1-3 (NIV)

Read here: panic stricken, nervous, extremely curious.  Why was King Herod so freaked out?  Why was he so worried? To understand the why behind this passage we need to blow some dust off the history books.

King Herod was one power-hungry brother.  When King Herod was born, the operative word in his life was power.  His father taught him how to get power, how to maintain power, and how to destroy anybody who got in his way.

When King Herod hit his twenties, he saw his father who was also a King get murdered. Some people poisoned him. King Herod didn’t like that.

When he became King, he had a huge party at the palace, and intentionally invited everyone who had a part in his father’s death.  Then he called in his hit men to systematically killed each one.

Some way to start his his thirty-year reign, right?

One day, out of paranoia, King Herod had his wife’s grandmother and her brother killed.  He was so paranoid and power hungry that eventually killed three of his sons. King Herod killed one of his sons a week before he died because he thought he was too hungry for the throne.

Herod’s paranoia was masked behind his abilities in manipulation. The guy was a brilliant politician. King Herod financed the rebuilding of the temple out of his own wallet.  He didn’t do this just to be a nice guy, he did this to keep everyone on his side. “Oh, King Herod, you are the man.”

When he knew he was about to die because he’d been seriously sick for about a year, he was convinced that no one would really cry, mourn or weep when he passed away. So he threw another giant part and called together the favorite sons and daughters of the most prominent people in the land.

I guess if you were living at that time you would not want to go to one of his parties. Anyway, he wanted to have all these sons and daughters at the party killed because he knew everyone would weep and mourn, then he could die and most people would still be mourning.

This guy was messed up, wasn’t he?

So, now let’s go back to our text.

We now fully see the why behind the verse Matthew 2:3 where it says Herod was disturbed.  In his mind, here are these naïve Wise Men skipping into Jerusalem saying that they heard a new king was to be born.

The Bible says that when he heard it, he was disturbed and all Jerusalem with him. In other words, when King Herod ain’t happy, ain’t nobody happy in J-town. They all braced themselves for his reaction.

In verse 8 he tells the Wisemen, “Go find this child.  Leave no stone unturned.  As soon as you find him, send word and I’ll join you at once in your worship.”  Matthew 2:8(MES)

The angle, though, had revealed the truth to the Wisemen and reveals the truth to Mary and Joseph in a dream, “Herod is on the hunt for this child, and wants to kill him.”  Matthew 2:13 (MES)

I think there are still Grinchs’ that try to steal our Christmas today.  Maybe they’re not big, green, and ugly, and they’re probably not going to be a King.  But they are just as life threatening.

Often times they come in the form of family or even friends . . .

In high school…  I got grinched! I caught my girlfriend kissing one of my best friends. . .

My Brother didn’t even show up at out Dads funeral because he was high on crack …  I got grinched!

My sister stole our biological Moms inheritance . . .  I got grinched!

One of my best friends at CrossFit WInnersville rounded up a couple of my former coaches and athletes to start another gym, all behind my back without warning. . .  I got grinched again!

I’ve realized over the years that with Jesus in me, I can be like Jesus. I can love like Jesus!  I can forgive like Jesus! I can see people the way Jesus sees them. Jesus sees us all in the same light and He loves us all just the same and treats us all the same.

The beauty of surrendering our lives to Jesus is that He comes in, and we no longer are doing life on our own, we have the power of the Holy Spirit, Jesus living in us.  So, as a Christian we are truly more than human. We can choose to love and live just like Jesus!

“For God so loved the world that He gave his one and only Son, that whoever believes in him shall not perish but have eternal life.”  John 3:16 (NIV)

When the tree was stolen, the decorations were stolen, and the presents were stolen, all the Who’s in Whoville were still happy.  They were still singing and full of joy. No matter how powerful or evil Herod was he still couldn’t get rid of Jesus. The truth is that the real Christmas/Jesus can’t be stolen or taken away, either.

Not only was Herod’s heart very small – If the truth be known he had no heart at all.  There is one thing I must say before we go – and that’s unconditional love can help our heart grow.