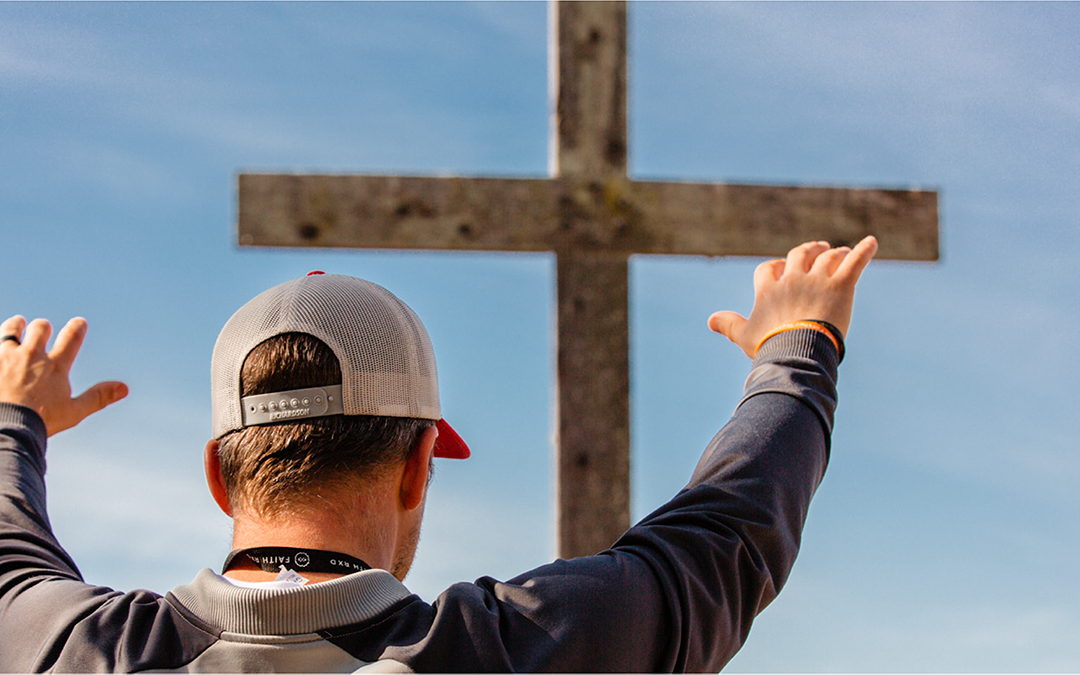 A door is defined as a means of entry or access, allowing us to move from one environment to another. And in the physical sense, we understand that. From front doors to garage doors, office doors to back doors, we are continually moving from one place to another.  When it comes to life, there are doors that we consciously choose to open and close as well. Whether it’s a need for identity repair, the ability to forgive someone, a need to be released from whatever enslaves you, or the need to experience love from the creator of the universe, it’s available when you come in faith and humility and walk through the symbolic door that gets you to the other side of your need.

The New Testament tells us that shortly after Jesus was publicly crucified, one of his followers, offered to put the body of Jesus in his own tomb. And when he put the body of Jesus in that tomb, there was a door—a stone—that was put in front of that tomb entrance. The Romans wanted to make sure that the whole controversy about Jesus was done; and so they agreed to put a seal across that tomb.  If that stone was moved by anyone it would be a federal violation. And they put prison guards up, like green bray guards, in front of the tomb.

They wanted to make sure that the whole deal with Jesus was over. The teachings that inspired so much controversy, the dreams that were ignited in so many people, the threat to the religious and the governmental establishment—it was done, sealed behind a door that could not be penetrated.

“Easter Sunday morning, while it was still dark, Mary Magdalene came to the tomb and found that the stone had been rolled away from the entrance.”

That the same power that burst through the tomb, that raised Jesus from the dead, that authenticated his identity, that upset all of history … the same power is available still today to individuals who are humble enough to ask for that power to come into their lives and who by faith take a step through the door.

Now here’s the door thing I want to spend the next few minutes on. The power that opened that door is a power that can open doors in your life that by human strength most of the time we can’t open ourselves. So let me build the case. Let’s move to our first door.

I believe there’s a huge threat to many peoples’ identity. And that’s when you grow up and you live your whole life with a distorted or confused or damaged identity.

Many of you grew up in a home, maybe even a religious home, tht from the outside looked like a the all-American home; but behind closed doors, you had adults that wrecked your identity. Some of you were told you weren’t very smart, that you weren’t going to amount to much in life. You never felt valued by your parents.  Your true identity was beat up and thrown out.

Some of you need to walk through this door today for a new God-defined identity. You see when you walk through this door you will begin to see yourself the way God sees you: a person of enormous value, a person of eternal worth, a person that God loved, a person to whom God’s power is available, and a skilled and talented person.  Your outcomes in life are largely determined by what you believe about yourself. What do you think about yourself on the inside? Whose voice do you listen to? Whose affirmation or approval defines you?

Some of you were sexually abused growing up. You were left with a shattered self-image and with a sense of guilt and shame that you just can’t shake.  For you walking through this door will be the first step to establishing a new God-defined identity.

“When a person becomes a Christian he becomes a brand new person inside.”

You can walk through this identity door. You can open this door to the power of God, walk through it, and come out the other side of it with a new identity, with a new confidence, a new view of you.  It’s not necessarily a one-time thing.

On this side of the door that person who hurt you is controlling you . . .  When you walk through you are allowing God to control you and God does love you and He does care about you. . .

“You must make allowances for each others faults and forgive the person who offends you.  Remember the Lord forgave you, so you must forgive others.”

How awesome would it be for you to walk through this forgiveness door today brush off the weight of the person you have been carrying around all this time and come out on the other side with an indescribable weight lifted off you. . .   And, again, bigger things have happened on this day.

There are a lot of us who appear to be free, and yet we just can’t get free. We can’t walk from our current condition through the prison door that we created and get empowered by God to come out the other side of it with greater levels of freedom.  The good news is that there is resurrection power available to help those who are trapped in something to walk through this freedom door and gain joy and peace of God on the other side.

Some of you have just given up. You don’t think there’s any real possibility that someone like you could be free from something you’ve been doing for so long. And I’m here to differ. I’m saying if by humility and by faith, you would ask God for his resurrection power to help you get free from what has you trapped, who knows what would happen? Who knows what would happen if you would walk through a door like this? Bigger things have happened on this day.

There’s one more door, and this one comes right out of the words of Jesus. Jesus said,

Jesus is saying: I’m not bragging, I’m not trying to set myself up. I’m just telling you the truth; I’m the doorway to the Father.  This is good news; God told us that there is a door; but then he told us even better news that the door is open. This is so cool about Christianity. When people say that Christianity is so exclusive, I say they’ve got to be kidding. Christianity is the most inclusive religion in the world. It says to come as you are. Come with your garbage. Come with your failures. Come with all of your shame. Come with what you did last Friday night that you still can’t believe you did. Come with all of that. And come in humility. Come in repentance. Come in faith. “I am the door,” Jesus said. Come on in.

These doors we are talking about today are like the automatic doors.  You don’t get through it; unless you step up to it. . .

Let’s just do a quick review on what you’ve heard today. The Bible says the power that blew the tomb door open, the power that raised Jesus from the dead, can be accessed by normal human beings in today’s world. It can give you a new identity. It can give you the ability to forgive. It can give you true freedom from some things that have you enslaved. And it offers you the door to an eternity with the Father if you have the humility and faith to walk through it.

Why not just say that by faith you’re going to walk through one of these doors today?