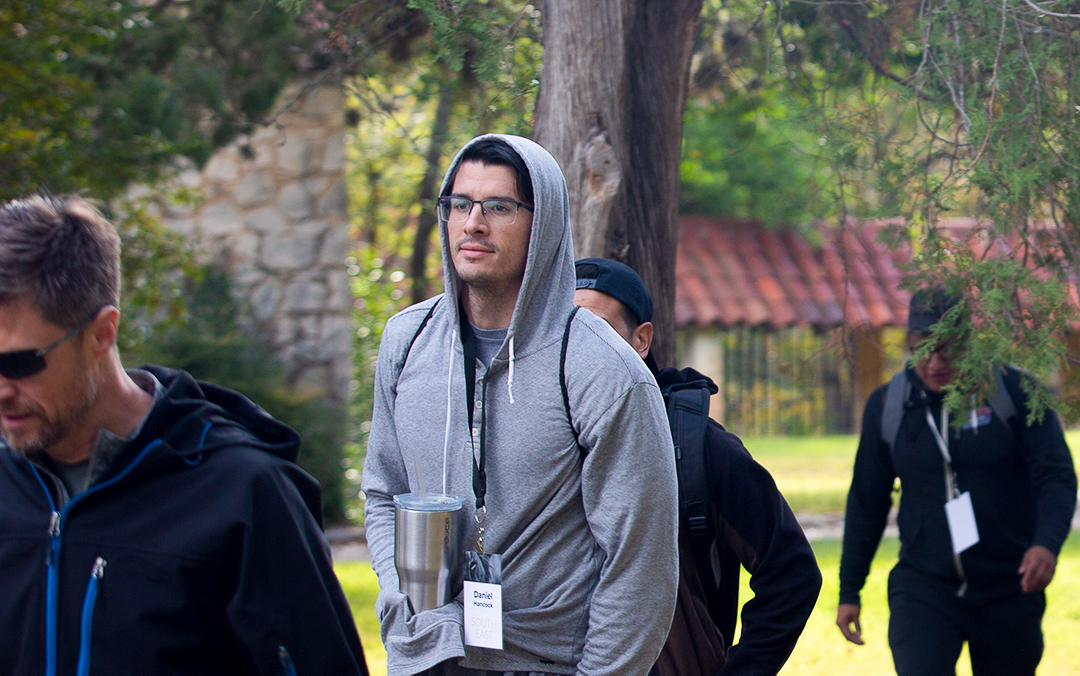 Here was the NORMAL:

Normal was, you could change things on the outside and nothing on the inside would have to change.  You could look good doing the right things for all the wrong reasons and look good on the outside, but be miserable and dying on the inside without Jesus.  Normal for a lot of people is creating their own standard of “GOOD” and being good enough according to their own standard to get to heaven.  However, at the end of your life, “Good enough” will never be enough…  There is only one way to heaven and that is through Jesus Christ.

Jesus himself said, “I am the way and the truth and the life. No one comes to the Father except through me.”  (John 14:6)

But when you fully surrender your life to Jesus, the Bible says you’ll become a new person.  Only Jesus can make you brand new.  Not good, not better, not changed, not remodeled, or rebuilt.  Jesus makes us NEW

Therefore, if anyone is in Christ, the new creation has come: The old has gone, the new is here! 2 Corinthians 5:17

There are some old things we need to never go back too!  However, instead of focusing on what we need to run from, let’s start focusing on Jesus and what He wants us to run to.  Because you can run from something and still end up being lost!  I see in the movies all the time…  People just start running from trouble and still end up lost.

Look to Jesus.  Run to Jesus, Trust in Jesus, Live for Jesus!   My New Normal needs to be so wrapped up in what Jesus wants me to do that I won’t have time to even think about what I shalt not be doing. I’m not looking to get back to normal, I’m looking forward to my new normal!  How bout you?

Some things that felt normal only felt normal because that was all we knew. Normal was normal, because we had done it that way for so long… or when we looked around, it was the norm right? So we convinced ourselves that it was normal and must be good…  I’ve got a feeling, your New Normal won’t look Normal to most people!

We’ve spent the first few months in Exodus… The Israelites in Exodus were on their way to the promised land… but on the way… and they wanted to go back to what?  To Normal…  Back to what was comfortable, what was familiar, what they were used to, its’ all they knew… Some of y’all wanna get back to normal for all the wrong reasons…

The new normal might take more discipline (walking every night with Polly and the dogs), the new normal might mean making less money because you stop working overtime (which means eating out less), those of you dating and you’ve spent way more time together than you used too…  it might mean saying no to something that was good in order to say yes to something BETTER.

For some of you listening there were some things you were doing and places you were going that you really didn’t enjoy.  Matter of fact you told yourself and probably other people how tired of it you were, how draining it was…  Maybe it was a job or maybe it was an activity or maybe it was a person, a relationship, and the only reason you want to go back to that normal now is because its familiar.  It’s all you’ve known for so long.

For some of you, if you’ll seek God and put him first, He’ll show you that He has something better and if you’ll trust Him and pursue Him, He’ll open doors.  It’ll be scary, the process may even be uncomfortable, but the outcome will be better!

And let me encourage you who are listening from all over in your living rooms and bedrooms and kitchens on iphones and android, iPads, TV,’s and who knows what else, there is going to come a time when ALL that is normal as we know it will be made new!! Jesus said in a revelation to John in Revelations 21:4 That, ’He will wipe every tear from their eyes. There will be no more death’ or mourning or crying or pain, for the old order of things has passed away.”

Jesus says when I return again it will be once and for all.  All those who have believed in me by grace, through faith will rise with me in the air to the ultimate New Normal we call heaven that will be for all eternity.   It’s in this New Normal that you won’t be sad, you won’t ever cry again, you’ll never feel lonely, you’ll never experience loss.  All things as we know it will be made new!!

He who was seated on the throne said, “I am making everything new!” Revelation 21:5

If you’ve never surrendered your life to Jesus and you want Jesus to be your New Normal, I want you to type that in your chat right now.  I want to pray with you first right now.  If your already a Christ followers, I’ve got something for you too so hang in there and lets pray with these people first.  Those of you making this decision hundreds of people are praying for you.  PRAY