FAITH WORKOUT 2005.2 | We’re All Colored People From The Same Boat 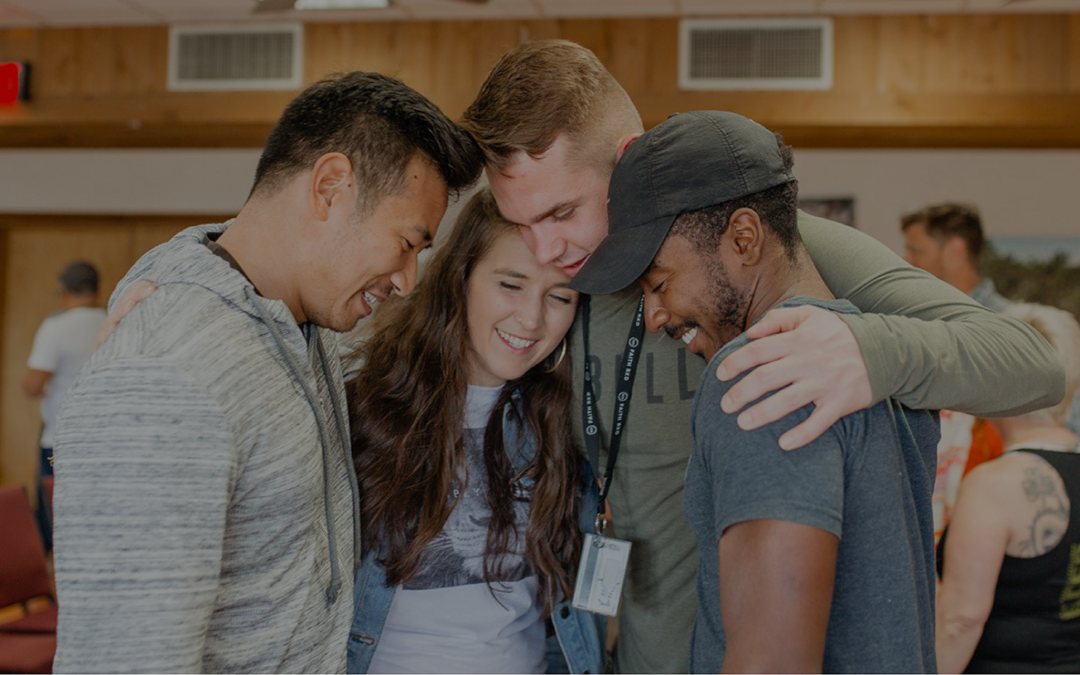 So let’s talk about racism. Racism is harboring negative feelings toward a certain group of people due to their ethnic background. Racism is coming to general conclusions about a big group of people with just a little bit of prejudiced information. It is taking a few people’s behavior and putting it on the shoulders of a lot of people. Racism is real, and it’s a foolish sin that breaks the heart of God as we’ll see today.

I think for some of us, and maybe for many of us, if our true thoughts and feelings were known about people who are a different color than us, if they were made public, it would thoroughly embarrass and humiliate us. I bet some of us tell those racial jokes in the break rooms at work. You say it’s just a joke, that we don’t really mean anything by it, that it’s just for laughs.  But who are you trying to fool?  Every time we make fun, or belittle or demolish or put down someone with different color skin, someone from a different background, someone who speaks a different language, someone who has different texture of hair, we are making a mockery of the creative genius of God.

In preschool and kindergarten, everyone is holding hands and hugging- Asian children, Hispanic children, children with black skin, and children with white skin, they held hands, hugged each other and had a wonderful time. They’re not worried about the color of a person’s skin. But after a while they come in to contact with the currents of our culture, that begins to pull them. Then racism, the judgement on six pounds of flesh, would cause them to not want to hold hands anymore, to not interact anymore, not to hug anymore, because they would want to be a part of the in-crowd.  So if parents don’t do the job, our culture will do the job.

Let’s go way back to Noah and the flood.  It is important to realize what happened during that time period and to know who all was involved.  Now let me show you what we know from the Bible and history.

“I’m going to bring a flood on the earth that will destroy everything alive under heaven.  Total destruction.  But I’m going to establish a covenant with you:  You’ll board the ship, and your sons, your wife, and your sons’ wives will come on board with you.”  Genesis 6:17-18 (The Message)

Genesis 7:23, “Every living thing on the face of the earth was wiped out… Only Noah was left and those with him in the ark.”

What we do know is that God populated the different nations after the flood with these three families.  After the flood God spread them out and they started forming all the nations.  Some of which are still the same nations today.

Noah had one wife.  Guess what?  Two whites don’t make black!  So, either Noah or Mrs. Noah had some color in them . . .   One of them had to because they had three boys that all turned out different shades.  Science tells us that color can be passed down through four generations.

Here’s the deal, no matter what you have been taught about people that have a different color skin than you, we all have some common ancestry.  We all came from the same boat!

The fault lines of racism can be traced back to family origin and back to the currents of our culture.  But the fault lines can be traced elsewhere also.  And it is something that all of us have in common, sin.  At the end of the day, racism is caused by the downward pull in your life, and mine, called sin.  When you take the K out of skin, you have six pounds sin.  There is no conventional way to get the dirt of racism off of you.  Once it gets on you there is no natural way to get it off.  But there is a way.  It’s a God thing.

Jesus deals with the issue of racism in the New Testament.  The Jews didn’t like the Samaritans because they were only half Jewish.  They were of mixed color.  They were considered less than dogs in that time.

In Luke 10:27, who is Jesus talking about when He say’s, “Love your neighbor as yourself”?  You see, to Christ, skin color was just a pigment of His imagination.  Love your neighbor as yourself.  And later on He was ask what He meant by neighbor.  Do you know how He answered that one?  With a story.  He was always telling stories and illustrations and parables.  Here is what He said.

One day a Jewish man was beaten up and left on the side of the road, dying.  A Jewish temple priest walked by.  He saw the situation, looked at his sundial watch and said he didn’t have time. Then a Jewish Temple assistant walked by and saw the whole deal too. But he felt he had to cruise since he ran the weekend worship service. Then a mixed colored brother, a Samaritan, a despised one, walked by.

Let me tell you why the Jews and Samaritans hated each other, they played the race card over and over again. In 586 BC, The Babylonians conquered Jerusalem and they took back with them the best and the brightest to their country.  Well, they left some in Jerusalem.  While the best and the brightest were in the foreign country, they married people from other cultures.

Seventy years later the Jews returned and they called the people who inter-married, mixed breeds or Samaritans. They were not pure Jews. So Jesus was saying that a despised, half breed Samaritan was walking along.  He saw the Jew half dead, bleeding to death on the side of the road. Did keep walking by? Did he look the other way? Oh no. He picked the person up, put him on the back of his donkey, checked him into a Comfort Inn, put down his American Express card and said that he would cover the whole deal.

Who is my neighbor?  Jesus said that it was everyone!  You and I have never locked eyes with someone who doesn’t matter to God. We have never made eye contact with someone Christ has not died for. The gospel should transcend all geographical, socio-economical, gender and ethical lines. We serve a God who died for Diversity!  Aren’t you glad that everyone doesn’t look like you?  Aren’t you glad that everyone doesn’t have the same pigmentation as you, the same hair texture as you, the same accent as you?  Aren’t you glad?  I sure am.

God doesn’t like racism.  He is against the sin of racism.

“Miriam and Aaron talked about Moses behind his back because of his Couchette wife.”  Numbers 12:1 (The Message)

Why are they talking behind Moses’ back?  Because he married a women from Cush.  Guess what?  One of Ham’s sons name is Cush.  God didn’t like them talking bad about Moses because he had a wife who was black.

“The anger of the Lord burned against them, and He left them.  When the cloud lifted from above the tent, there stood Miriam—Leprous, like snow. ” Numbers 12:9-10.

Aaron said in verse 11; “Please don’t come down so hard on us for this foolish and thoughtless sin.”

Question?  Do you have just a little piece of prejudice you can admit to? You might not consider yourself a card-carrying racist but you might have a little animosity, a little frosty feeling, a little problem with someone from a different background.  If you do, and I believe some do, I want to challenge you to some things.

First, I want to challenge you to be honest. I want to call racism what it is, a sin before God and man. Will you do that? I am challenging you to own it, admit it, confess it; not hide it, harbor it and rationalize it. I want you to tell the truth before God because God already knows how you feel.  God already knows the attitudes that you have. God knows. Come clean and be honest.

Psalm 26:2 says, and I pray these are your words to God, “Test me, Oh Lord, examine my heart and my mind.”  We need a heart transformation.  We need life change.  As I said earlier, the dirt of discrimination does not come off in a natural or conventional way.  It has got to be a supernatural thing.  It has to be a God thing.

This could have easily be me; but, I had A HEART TRANSFORMATION.  A life change took place.  A God thing happened.  And that is the only thing that will cure and change our bigotry and prejudice and racism.  Only the Lord, only salvation, can truly change the hearts of men and women. Once you have a heart transformation, once you are honest before God, then and only then will the walls of racism come crashing now. That’s it, be honest.

We are all brothers and sisters in Christ!  We form one body and the head of that body is Jesus Christ the son of the living God.  If a black man or a brown man or a red man has Christ living in them; they are more of a brother to em than any white person on the face of the earth that doesn’t know Jesus.

Look at this vision from God in heaven at the end of it all.  “After this I looked and there before me was a great multitude that no one could count, from every nation, tribe, people, and language… ” Revelation 7:9

Heaven is going to be very colorful!  Dr Freeman said, “People around us do not respond to our intentions, they respond to our behavior.”  This is so true.  You can have the best intentions in the world and still be a sad sight for sore eyes.

Cross your arms— If your serious, uncross your arms and wrap them around someone who’s skin is a different color than yours . . .