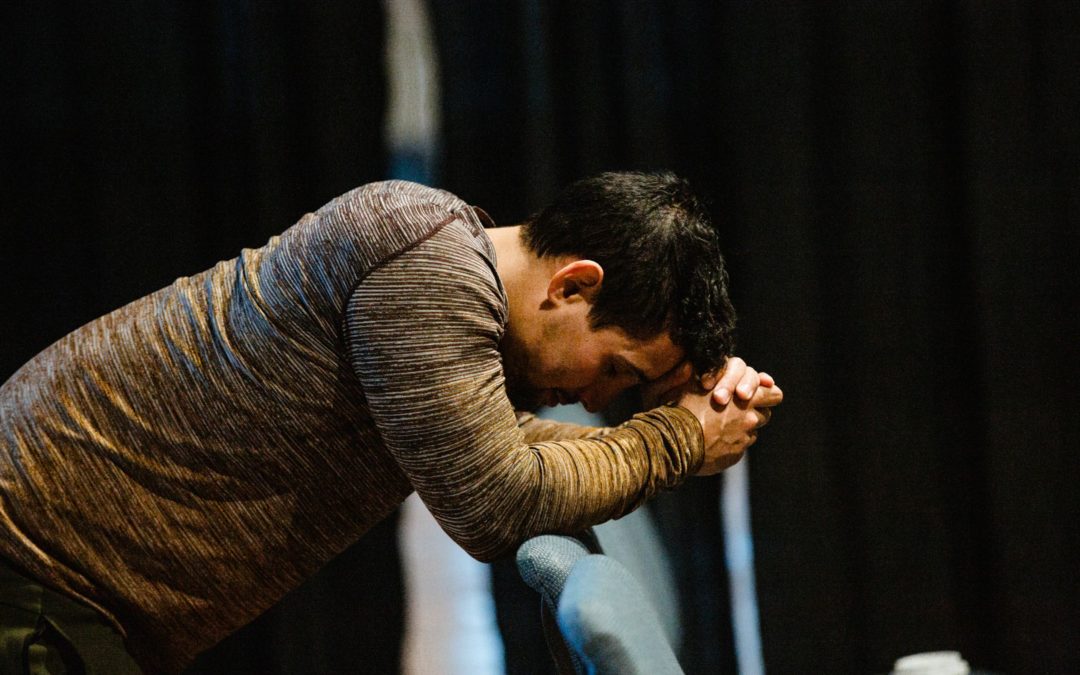 Let’s talk about one of the greatest characters in the Bible. Whenever you mention this guy’s name, you have to talk about betrayal. I am referring to Joseph. He had a bunch of brothers, and during a defining moment, Joseph’s brothers betrayed him deeply. They pushed him into a pit, sold him into Egyptian slavery and then they turned and told his father he had been killed.  There is nothing like trusting someone and then having that person turn on you.

One of our first responses, our first reactions when pit happen’s in our lives is the thought of sweet revenge. Due to the fact when someone hurts you or hurts me; when the person in your life and mine stab us in the back, or when they push us in a pit, or when they say something that is wrong about us, I don’t know about you, but I want to make them pay. We want to seek that sweet revenge.

And we’re going to find out today that Joseph had the opportunity to totally get his brothers back. God served them up to Joseph on a silver platter. I mean, he had the power, the prestige, the authority; he had the freedom to totally take them out. They were standing on the edge and the ledge of the pit and Joseph could have just taken them out. They are bowing down at his feet and they don’t even know it’s him.

Revenge is interesting because it’s deceptive; it over promises and under delivers. It is like technology. People say, “Buy the iPhone or pick up this laptop or this or that, and it will solve all of your problems. It will be the greatest thing in your life.”

And you get it and you begin to play with it and work it out and then they say, “Oh yeah, you have to buy this and that and that and this.  Revenge is the same. Because you see, when I’m betrayed and when I seek revenge, I turn into the betrayer as well. It’s deceptive because we often believe that we now have the right to push back.  We have a right to cause pain, we have the right to betray because we have been betrayed first.

Do not take revenge, my friends, but leave room for God’s wrath, for it is written: ‘It is mine to avenge; I will repay,’ says the Lord.  On the contrary: ‘If your enemy is hungry, feed him; if he is thirsty, give him something to drink.  In doing this, you will heap burning coals on his head. Do not be overcome by evil, but overcome evil with good.” Romans 12:19-21

Revenge is also destructive. It will mess you up. If you do any study on the human body, you see that when we swallow anger and bitterness and shame and guilt; when we ponder revenge and when we wait to get the person back, that has the same effect as over eating or smoking. So revenge is hazardous to our health.

On top of that, think how destructive it is in our relationship with the Lord himself. Revenge will not take us where we need to go. When you become more concerned with causing your betrayer hurt than you are with your own health, you’re destroying yourself.

Whenever you seek sweet revenge, really what you are doing is saying, God step aside.  You’re fired.  I got this.  I can handle it on my own.  I don’t need you for this one.

Revenge is playing God. Because when we seek revenge, here is what we’re doing. We’re removing God from his position; we’re taking God off the throne of our lives and we are sitting on the throne and we are calling the shots. It’s like saying, “God, you chill, you relax, and I’m going to get the person back. You weren’t hurt. I will take control of my life.”

And whenever we play God, man that is some serious, serious sin. Joseph’s brother’s tried to play God. . .  How did it work out for them?  Are you a score keeper? Are you trying to get the person back? Don’t go there, it will mess you up.

Check out Joseph’s story here.  His brothers betrayed him, lied about him and they weren’t sure if Joe was dead or alive. Joseph’s career blew up; he became the number two guy in Egypt. A famine struck, and it was felt by all of the neighboring nations. Because Egypt had done a good job saving grain, Joseph was selling grain to all these people. Take a wild guess who showed up at Joseph’s palace to buy some grain. You guessed it, Joseph’s brothers.

The brothers could have been blindsided by Joseph. They didn’t recognize him. He was an Egyptian now. They were clueless; yet, they had experienced a famine and hunger that brought them to Joseph. Shame and guilt had driven them to the point in their lives where they found themselves on their faces before Joseph.

That’s what happens when we live a life of betrayal. We will experience, like Joseph’s brothers did, a famine of the soul, we will be hammered by shame and guilt. And so often, we will find ourselves at the mercy of the person that we betrayed. That’s a scary place to be in; yet, that’s where Joseph’s brothers found themselves.

What did Joseph do? It was big moment, a defining moment, a crucial moment. What do you do during those moments? What do we do? Do we pay them back or do we give them up?

I ask you: if you are served your betrayer on a silver platter; what is easier—to push them, punch them, pay them back or to give them up to God? I’m telling you, Christianity is not for whimps.

The Bible says we’re to do some things when we’re faced with those moments of betrayal. One of the things is, we are not to strike back; rather, we’re to strike up a conversation with God. That’s a good place to start. We’re to pray for ourselves.  “God give me patience. God I want to do what you want me to do.”

That’s the first thing we’re to do. Then, right after that, we’re to pray for our enemies. Now, I have a hard time doing that. Whenever I start praying for my enemies, I no longer have this revengeful attitude. Because when I pray for them I begin to love them. I don’t like them necessarily; I don’t want to hang out with them, but I love them. And that’s what Jesus is talking about when he said, Love your enemies and pray for those who persecute you. Matthew 5:44

This word love doesn’t suggest an emotion; it suggests an attitude or an action. So when you have that opportunity, don’t strike back, strike up a conversation with God.

Also, consider your Egypt. You know all the people around Joseph knew his story about what had happened to him. Don’t you know he told everybody about the whole thing about him being betrayed and pushed in a pit and sold into slavery? They knew that he worked for Potiphar and they knew Potiphar’s wife accused him of a crime he didn’t commit. And they knew the story about him being in jail and about him interpreting Pharaoh’s dreams. They knew all of that, so they were watching to see how Joseph would respond. They were watching to see, “Is this stuff real or not? He talks about God. He talks about his relationship with the Lord. Is it real or not?”

Do not repay anyone evil for evil. Be careful to do what is right in the eyes of everybody.  Romans 12:17

Because people are watching you and me. Isn’t it crazy with technology? I mean, nothing is private anymore. I mean, there are cameras everywhere—on freeways, in stores, cell phones. Everything is public.

Well you think everything is public? That does not even come close to the eyes of God and to the eyes of others who are watching us. I truly believe when we get to heaven we’re going to be shocked at how many people were watching us and checking us out to see if Christianity was the real deal.

Some of us need to stop fighting for our rights to revenge and hire a lawyer. Now that sounds crazy, but this is totally pro bono. God says I will be your lawyer to plead your case, and I will avenge you.  Jeremiah 51:36

So revenge is when I usurp God and I take control and I take it out on the person. I must leave room for God to act, move, and do His thing. Because God will always, always handle it better than you and me. I have to give it to God.

“You’re not God.” Hopefully that is a revelation to a lot of people here.

Really, this whole thing is about trusting God. I mean, it makes me trust God.  If we trust God we can have the influence of Joseph in our Egypt. So don’t play God; let God be God. Let God take care of revenge.

This morning I want to ask you to give up your betrayer to God. . .