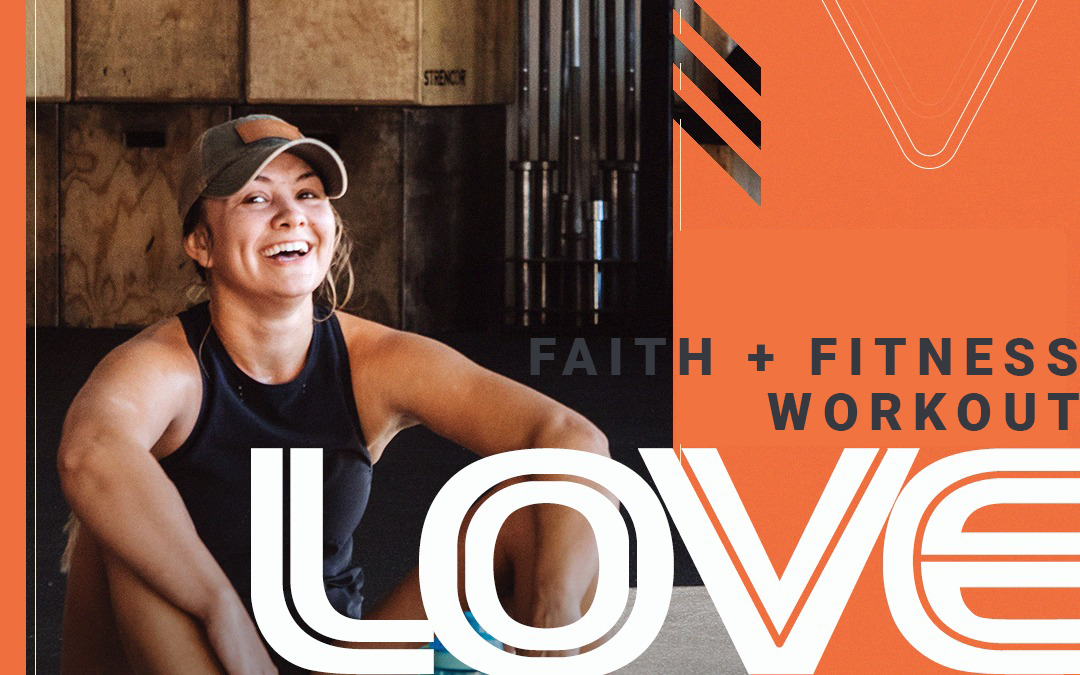 Today is a special day, it’s Resurrection Day. Between Good Friday and today, people around the world do the greatest hero WOD, #PassionWOD. We do it to remember our Ultimate Hero, Lord, and Savior, Jesus Christ. As a community we do hero WODs to remember the sacrifices made by men and women who gave their lives to protect others, so what greater way can we as a fitness community come together to remember the man who sacrificed his life for us so that we could be saved for eternity?

Today, our fitness has a greater purpose. Today, we do movements that represent Jesus carrying the weight of our sins. This workout is perfectly titled “Passion,” designed to remind us of the pain and suffering Jesus experienced the day HE laid down his life in an act of sacrificial love for the human race.⠀

The double unders remind us of the lashings Jesus received for us. The barbell carry is symbolic of Jesus carrying the cross and taking the weight of our sins upon Himself. The burpees signify Christ conquering death and rising again.⠀

“He died for me. Who does that? What kind of person willingly dies for people who don’t know him, who don’t love him, who don’t do what they’re supposed to? And then forgive them?” My friend was so genuine in his awe as he shared about the moment he fully grasped the Gospel, the truth of who Jesus is and how we are saved. Jesus is fully God, and fully man. What kind of God decides to fully embrace the human experience? Who could avoid the pain we experience in life if he wanted to, but instead chose to become like us? A God who loves the people He created.

God chose to literally put himself in our shoes. Philippians‬ ‭2:6-8 says that Jesus “who, though he was in the form of God, did not count equality with God a thing to be grasped, but emptied himself, by taking the form of a servant, being born in the likeness of men. And being found in human form, he humbled himself by becoming obedient to the point of death, even death on a cross.” Who would actively choose to empty themselves of the most powerful position to be placed in the lowest? Only the God who loves in a radical way we can’t comprehend.

Why? Romans 3:23 says, “for all have sinned and fall short of the glory of God…” None of us are perfect. We have all sinned, or in other words, done something wrong. This is because of something that happened way back in a place called The Garden of Eden when Adam and Eve, the first man and woman, sinned. But God promised way back then that he would send a Savior to make things right. 2 Corinthians 5:21 tells us, “God made him (Jesus), who knew no sin, to be sin for us that we might become the righteousness of God in Him.”

Romans 6:23 says, “For the wages of sin is death…” Because of our sin, we deserve death. We live in an age where justice is being demanded on every street corner. True justice in our lives would look like us being punished for our sins. The reality is that because of our imperfect nature, we cannot save ourselves. We cannot bridge that gap between us and God and make things right and good again. God knows that.

“For God so loved the world, that he gave his only Son, that whoever believes in him should not perish but have eternal life,” he tells us in John 3:16. God sent his only son, to become fully human, to be born as a man, to live life experiencing all that we experience, but to do so without sin- “him, who knew no sin…”

We can’t fully grasp the order in which God has created the world or why things are the way they are, but we know that sin demands restitution, and the penalty for sin is death. So the man who lived a perfect life, died a brutal death, so that everyone who believes in Him would be reconciled to God. John 3:17 & 18 goes on to tell us, “For God did not send his Son into the world to condemn the world, but in order that the world might be saved through him. Whoever believes in him is not condemned…” and Romans 3:23 finishes by saying, “… but the free gift of God is eternal life in Christ Jesus our Lord.”

The radical love of God the Father is seen through his creation of a way for us to not only be reconciled to him, but also that he would sacrifice his own son to make it possible.

Isaiah prophesied 700 years before Jesus was born, in Isaiah 53:5 that Jesus would be “pierced for our transgressions; he was crushed for our iniquities; upon him was the chastisement that brought us peace, and with his wounds we are healed.” And 1 Peter 2:24, which was written after Jesus’ death confirms it, “He himself bore our sins in his body on the tree, that we might die to sin and live to righteousness. By his wounds you have been healed.”

Jesus’ death was horrific. He was whipped with a Roman whip that would have torn the flesh of his back completely raw. He was beaten. He was held in front of “his” people, the Jews, and put on trial. The people he came to die for would make fun of him and say horrific things to him, then choose a murderer to be released over him. They would deny him and try to make him as low as humanly possible. Then they would kill him in a way that was culturally saved for the worst criminals of society. This was done to a perfect man, who did nothing wrong.

Beaten body, mind, and spirit, they would put a cross on his raw, bloody back and force him to carry the vehicle of his death to its final resting place. There, in front of his earthly family, in front of his mother, they would drive stakes into his hands to connect him to the cross. They would lay one foot on top of the other, and drive a third stake through them. As Isaiah prophesied, they would later pierce his side with a spear. His death was not quick.

But even in the process of dying, Jesus cared for others. As he hung, he made sure someone would take care of his mother. Even as he was dying, he comforted a man who was being crucified next to him. A repentant criminal recognized Jesus for who he was, and Jesus assured him that he would be with him in heaven that day. What kind of man would do that? A man who was the ultimate expression of love.

After about six hours, Jesus died.

This past year, we have all known what it has felt like to have our hope threatened – Pandemics, threats of war, an emotionally violent election who’s ripples have been felt around the world. None of that would have compared to what it would have felt like to be a disciple, or follower of Jesus, as you literally watched hope dying in front of you. As you watched the man who healed the dead and sick, the man who fed thousands, the man who performed wonders in front of your eyes, the one you knew was the king who would make the world right, the man who was your brother and friend, the man you had placed everything in, die in front of you.

But that is not the end of the story.

For death is not the end.

Acts 2:24 says, “God raised him [Jesus] up, loosing the pangs of death, because it was not possible for him to be held by it.” Jesus was crucified, he died, and he was buried. They did ceremonial cleaning of his body and wrapped him in cloth as their customs would have called for. Then they laid him in a tomb and rolled a massive stone in front of the entrance so no one could harm his body. To make sure no one stole the body, there were soldiers placed outside.

But none of that can stop God. Jesus was resurrected on the third day. That’s why we call this Resurrection Sunday. When people came to check on the body, they couldn’t find it. Two angels met them and Luke 24 tells us that they said, “Why do you seek the living among the dead? He is not here, but has risen. Remember how he told you, while he was still in Galilee, that the Son of Man must be delivered into the hands of sinful men and be crucified and on the third day rise.”

God the Father gave us his Son, so we can be reconciled to him.

Jesus, the Son of God, chose obedience and died on a cross, so we can be reconciled to God.

Death and sin have no victory here. Jesus conquered them when he conquered the grave. The chaos that is happening all around us right now? It is not what defines life or what will ultimately win. Jesus has already won. Ephesians 6:12 reminds us that our battle is spiritual, “For we do not wrestle against flesh and blood, but against the rulers, against the authorities, against the cosmic powers over this present darkness, against the spiritual forces of evil in the heavenly places.”

The battle now is for your heart. The ultimate act of love was done for you, now it’s yours to receive. The God who loved you this much is there for you to turn to and follow.

Matthew 16:24-26 shares a moment between Jesus and his disciples, “Then Jesus told his disciples, “If anyone would come after me, let him deny himself and take up his cross and follow me. For whoever would save his life will lose it, but whoever loses his life for my sake will find it. For what will it profit a man if he gains the whole world and forfeits his soul? Or what shall a man give in return for his soul?”

That’s it. You just need to believe in him and accept him as your Lord and Savior. He died for you. God loved you so much that 2,000 years ago, he fulfilled a promise he made at the beginning of time… because he loves you that much.

1. What was the workout like for you? Was there a moment where the significance of the workout hit home?

2. Was there anything new that stuck out to you today during the message?

3. Has the weight of what God’s done for you hit you at some point in your life harder than another? Does it make you want to follow him, or are there things that still hold you back?

4. Is there something that got you excited or that you felt freed from in today’s message?