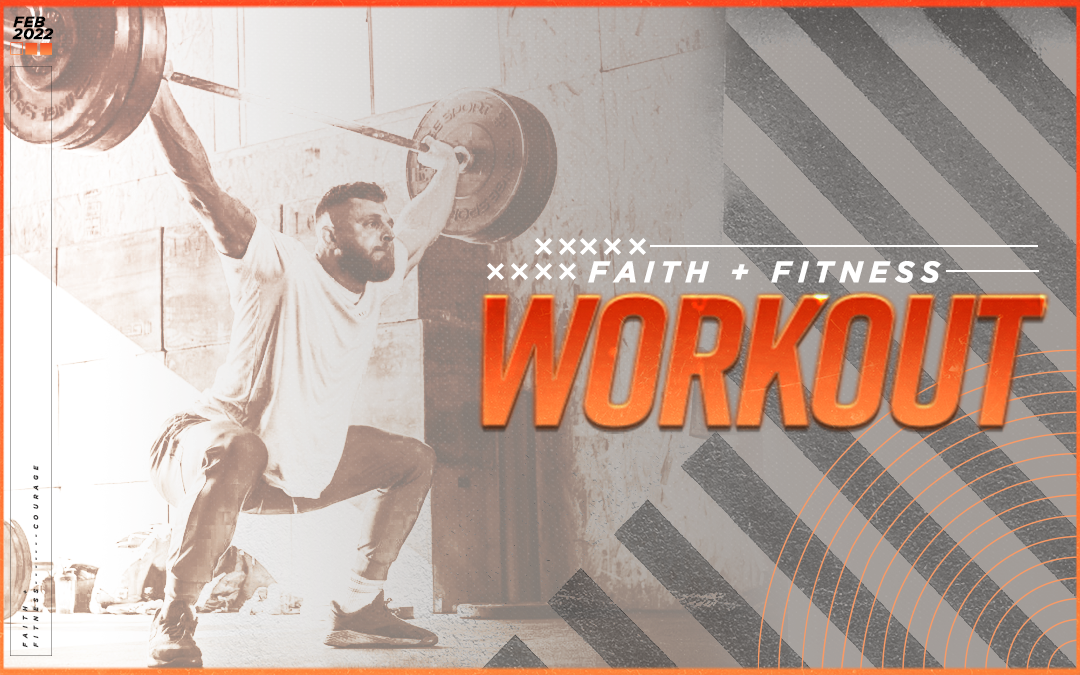 Have you ever thought about the scariest moment you will face in your life?

Whatever I just made you think about, most likely it involves death. It could be the death of a child, of a spouse, of a parent, or the death of a loved one. Nothing is as frightening as death. As a result, when fleshing out courage, we have to confront the view of it that we hold. The ultimate courageous act we commit is deciding how to face death.

Given the solemness of today’s message, I won’t try to draw many, if any, parallels to fitness. The reality is that there is nothing like death. From the beginning of time, man has been obsessed with what comes next.

Egyptians believed in a judgment of the heart and an actual physical afterlife. Hence, they would mummify the body and place the organs in jars full of vinegar.

Philosophers like Plato and Aristotle differed on whether or not we were purely material (physical) or whether we had an immaterial part in us, called a soul. They agreed that there was nowhere for our soul to go once this life was over.

In between the Egyptians and the Greeks, God gave special revelation to his chosen people, Israel. The Great I Am, Jehova, Yahwe, our great Lord, and creator of the universe, revealed his holy word to his people. Later, He revealed himself in Christ Jesus. Throughout both times, Old and New, our God revealed some basic concepts of life and death:

It takes a tremendous amount of courage to have faith. Those who do not have faith get to live their best life now. There is no shortage of people and philosophies that litter bookstores that instruct us on just exactly how to do this.

Find no pleasure in it anymore? Get rid of it.

Life is a see-saw of pleasure and displeasure in things right here and right now to the unbeliever. But make no mistake, to them, right here and right now is all that matters. It is no different from working out and focusing on the shortness of breath and muscular pain. There is no thought given to what comes later. At least no gravity of thought.

For us believers, we must endure the here and now. Sure, there are times of pleasure and joy. We live a life that, when Spirit-filled, we experience no greater joy. But the reality is we are always longing for something else. The secret is, so is the unbeliever. That longing was placed in our hearts by the Lord. It is designed to lead us to a life of seeking Him, and when we find Him, to live a life for longing to be home with Him.

I believe that is what Paul is referencing when he says in verse 6 that we are of good courage. There is no denying that it takes courage to live this life both as a believer and as a nonbeliever. As believers, we are of good courage, for we sacrifice the enticement of sin and its fleeting pleasures so that we may love God. We do so because we believe that an unseen future awaits us while we live this life apart from God. One where we will get to be with our Lord.

And it takes courage to verbalize that we look forward to death, for what comes next is our glorification in Christ and our Father.

For to me to live is Christ, and to die is gain.

I love this verse so much. I think it is a beautiful verse on its own, even without context. However, once we study the context of the verse, its beauty, in my opinion, is magnified even further.

Paul is in prison for preaching the gospel of Christ crucified. He is writing the only letter where he does not admonish a church. He writes every other letter, whether to the church at Corinth or the church Galatia (the only church he does not give thanks to actually); Paul constantly reprimands and instructs those he writes to change their behavior to properly reflect the gospel. Not to the church at Philippi, though. He only praises and encourages the Philippians. And in the first chapter of his letter, Paul acknowledges their worry for his imprisonment. However, he writes, “What has happened to me has actually served to advance the gospel” Philippians 1:12.

Thus for Paul, to live is to give all glory to God. To live is Christ. And for Paul to die was to come face to face with Jesus. To die was gain.

When we believe down deep in our core that we have been saved by the cross of Christ, life or death makes no difference. To live is to give glory; to die is to be glorified in Christ.

I am obsessed with anything CS Lewis. I do not believe a more extraordinary apologetic mind ever lived. I first encountered the Chronicles of Narnia as a nonbeliever. It makes me love it even more now as a believer. And that’s because there is such a parallel between the prism with which I observe life and watching Lewis’ fantasy epic.

Lewis tells the gospel story in The Chronicles of Narnia for those who do not know. There is a perfect kingdom created that falls as a result of deception. There is an evil, deceptive witch, a self-sacrificial lion, and ancient law fulfillment. Through which a miraculous resurrection, the lion frees and forgives.

It still seemed to be early and the morning freshness was in the air. They kept on stopping to look round and to look behind them, partly because it was so beautiful but partly also because there was something about it which they could not understand.

“I don’t know,” said the High King. “It reminds me of somewhere but I can’t give it a name. Could it be somewhere we once stayed for a holiday when we were very, very small?”

“It would have to have been a jolly good holiday,” said Eustace. “I bet there isn’t a country like this anywhere in our world. Look at the colors. You couldn’t get a blue like the blue on those mountains in our world. . . .”

Lucy said, “They’re different. They have more colors on them and they look further away than I remembered and they’re more … more … oh, I don’t know.….”

“More like the real thing,” said the Lord Digory softly.

In the above excerpt from the Chronicles of Narnia, Peter and Lucy are traveling to meet Aslan, the lion. Along the way, they are confronted with a nostalgic feeling that they have been here before. They express the wonder of it all, its beauty and warmth as if it is something not foreign. In fact, the complete opposite. I believe Lewis is paralleling the longing to go home with Jesus in our hearts.

Our hearts are troubled because we cannot see what comes after death. Even when we believe the gospel at our core, death is scary. Jesus knew that in John 14. I love how He paints a picture for us of what eternity will be like. A house which belongs to the Father, which He will go ahead of us and prepare for our inevitable arrival.

What a comforting thought! Soon we will be home, and Jesus will have prepared the room for our perpetual stay.