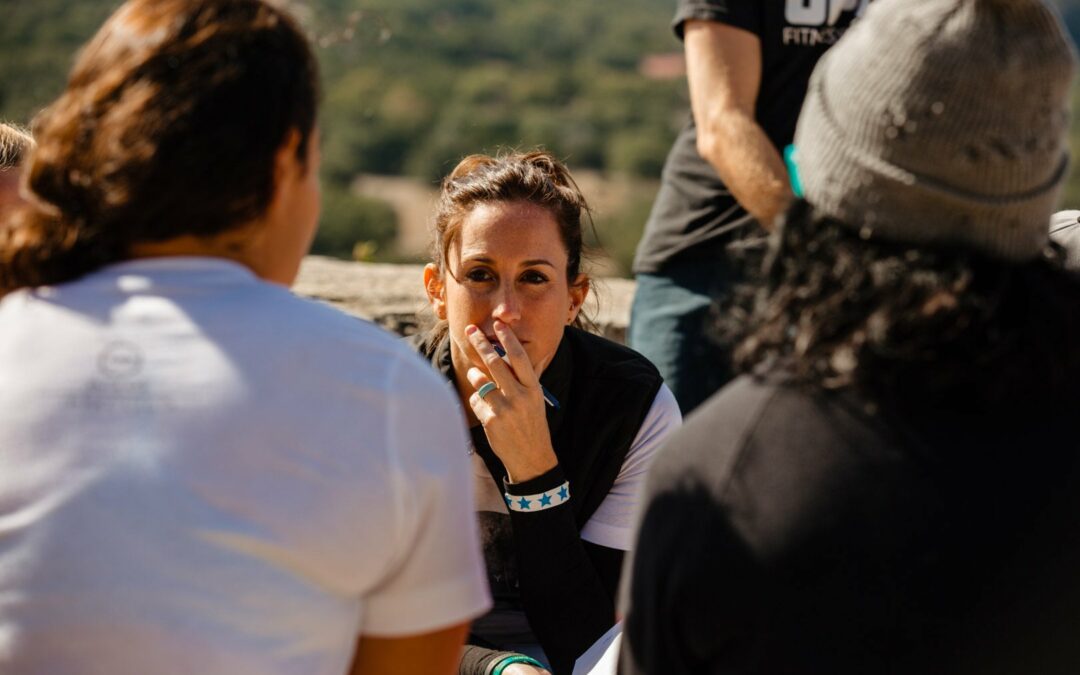 Ole’ Gideon, is freaked out when God speaks to him in the book of Judges.

The LORD turned to him and said, “Go in the strength you have and save Israel out of Midian’s hand. Am I not sending you?” Judges 6:14

Where is God leading you?  Where is He stirring you?  Whatever it is, Go for it!!  Wherever it is, GO!  Go!  You’ve got what it takes.  Don’t hesitate.  When God calls you, you go.  You go.  God is going to give you everything you need to do what He calls you to do.  Understand, God has given you what it takes to win the battles you face.

If you are reading this now, YOU have what it takes.  Look at what scripture says.  Don’t believe me.  Look at the Bible, “(God’s) divine power has given us everything we need for life and godliness through our knowledge of him who called us by his own glory and goodness” (2 Peter 1:3).  God’s power has given you everything you need to win every battle God puts before you.  Believe it and have a faith that is bigger than your fears!!

God said, “No, that’s exactly enough,” and that’s maybe where some of you are right now.  You may feel like you are going backwards, and God’s going to say, “You know what?  I’m going to take you down so low that all you’ve got left is Me, and I’m  going to show you that I AM enough.  That I AM all you need.”  It wasn’t long after that, they were singing victory in Jesus!

One thing that has never changed throughout time is that we all want to know that we’ve got what it takes.  During the time of the New Testament in Jesus day the Jewish families worked hard to make sure their children had what it takes to become a Rabbi.

Do you think Jesus had what it takes to become a Rabbi? At age 12, Jesus makes a name for himself.

“Everyone who heard him was amazed at his understanding and his answers.” Luke 2:47

In John 1:38, Andrew called him Rabbi

In John 1:49, Nathanael called him Rabbi

In John 3:2, Nicodemus called him Rabbi.

Jesus definitely had what takes. He was the most popular, talked about Rabbi around.

The head Rabbi’s had been scouten’ him out since he was 12 years old.  Everyone in town had heard about Jesus. He was the Rabbi of Rabbi’s. I’m sure he was the Valedictorian of the class.

As Jesus was walking by Lake Galilee, he saw two brothers, Simon (called Peter) and his brother Andrew. They were throwing a net into the lake because they were fishermen.  Jesus said, “Come follow me, and I will make you fish for people.”  So Simon and Andrew immediately left their nets and followed him.  As Jesus continued walking by Lake Galilee, he saw two other brothers, James and John, the sons of Zebedee. They were in a boat with their father Zebedee, mending their nets. Jesus told them to come with him.  Immediately they left the boat and their father, and they followed Jesus.” Matthew 4:18-22

Picture it, Jesus comes walking by wearing His Rabbi garment with His Rabbi’s tassels flowing in the wind. . . Andrew, Peter, James, and John, They see Him coming.  They’re all thinking I wish I could be like Jesus.  Look at that Rabbi!  But I just didn’t have what it takes.

Their Father Zebedee is probably thinking in the back of his mind that he wished his son’s were like Jesus.

Then Jesus looks at them, face to face and says COME, follow me. You know what Jesus was saying?   Jesus was saying You got what it takes!  I believe in you!  You are good enough to live with me and for me!   I’m going to change the world through you. They dropped everything and took off.  They didn’t hesitate!!

Like those disciples, Jesus says to you, YOU HAVE WHAT IT TAKES!  DON”T HESITATE!  GO!  Go fulfill the dream I put in you.  Go do what nobody believes you could ever do.  You got what it takes!