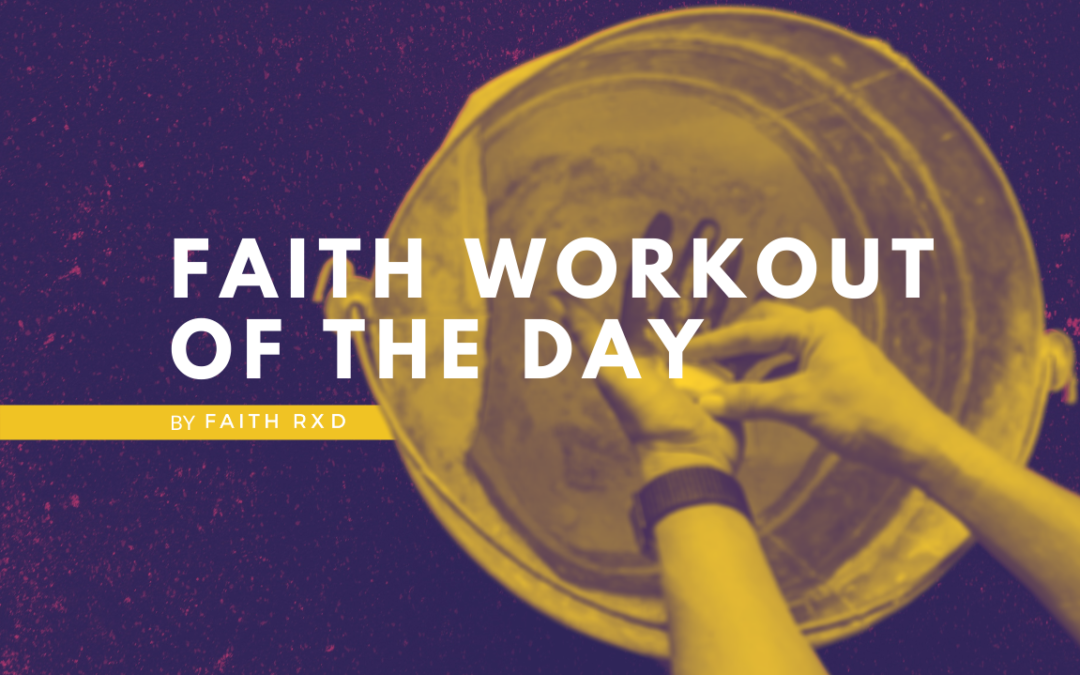 We’ve got your daily encouragement, written by Ryan Grinnell. The Faith Workout of the Day is an updated version of the former Athlete Word of the Day.

“3 Not only that, but we rejoice in our sufferings, knowing that suffering produces endurance, 4 and endurance produces character, and character produces hope...“

I’m sure many of us can remember the first CrossFit, or CrossFit-type, workouts we ever did. I know I can remember mine. It sucked. I sucked. I was sucking wind while I sucked. It was terrible. But I finished. And laying there in the CrossFit recovery position, laid out on my back creating my first of hundreds of sweat angels, I thought to myself, ”You did it.”

The Hope Cycle goes like this; you suffer, you persevere through it, that builds character, and character produces hope. That cycle goes on in our lives all the time and in different areas. Think back to your first workout; you suffered, you persevered, you built the character inside that told you good job you can do this, then you began believing that there was hope for you to continue.

That’s what Paul is explaining to the Christian church at Rome. They were in the heart of the Roman Empire facing torture and death. Paul is saying telling them this crazy idea- to glory in your sufferings. That meant to embrace the evils being committed. That meant to actually boast in them. But Paul is saying when you do that you actually begin to build hope. Hope isn’t just for us, it’s for others in our lives as well.

When you have gone through a tough time in life, you now have the experience to share with someone who is also going through it. If all you do is grumble and complain during the trials and sufferings, you’re more likely to give up and quit. But boasting in them does something different. It sets in motion the “Hope Cycle”. And it will also encourage others who see you suffering and actually growing because of it Whatever you’re going through, put the Hope Cycle in motion today. It will bless you and those around you.

Father, thank you for the example we have in early apostles and Christians who suffered through persecution, torture, and even death. I pray that you would help me to live with that courage. Help build that hope in me so I can gain strength as well as help others. In Jesus’ name…amen.”

Write down one area where you are suffering and ask God to show you how to see it through the eyes of hope. Then when those things come up, thank God for it and start to grow.