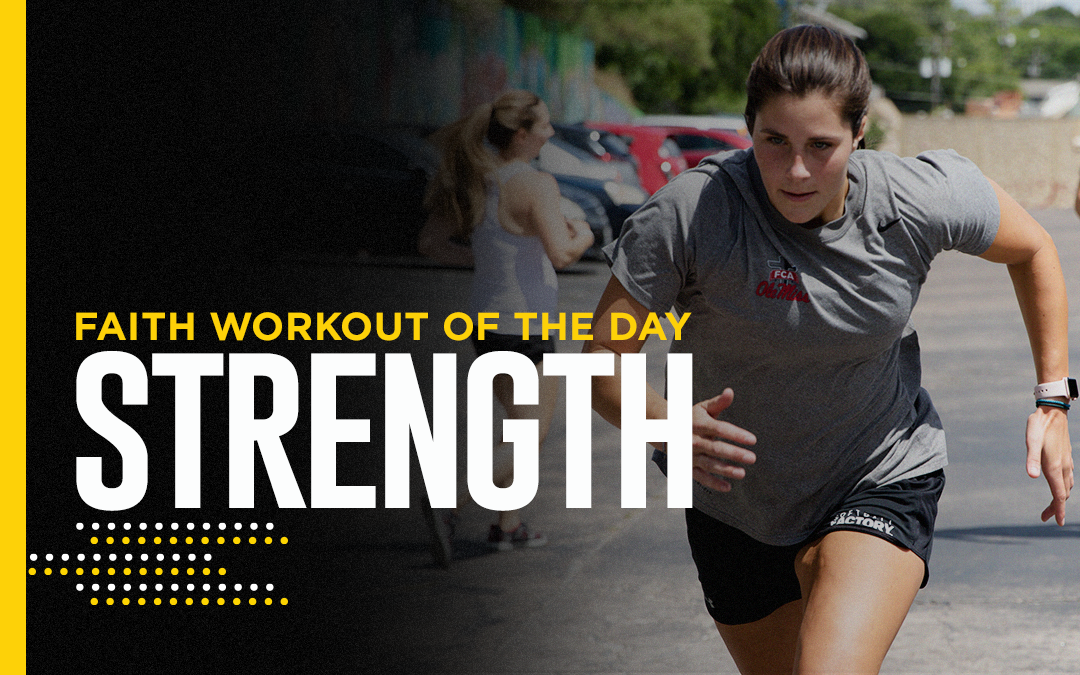 We’ve got your daily encouragement, written by Michael Smith.

9“And the patriarchs, jealous of Joseph, sold him into Egypt; but God was with him 10 and rescued him out of all his afflictions and gave him favor and wisdom before Pharaoh, king of Egypt, who made him ruler over Egypt and over all his household. 11 Now there came a famine throughout all Egypt and Canaan, and great affliction, and our fathers could find no food. 12 But when Jacob heard that there was grain in Egypt, he sent out our fathers on their first visit. 13 And on the second visit Joseph made himself known to his brothers, and Joseph’s family became known to Pharaoh. 14 And Joseph sent and summoned Jacob his father and all his kindred, seventy-five persons in all. 15 And Jacob went down into Egypt, and he died, he and our fathers, 16 and they were carried back to Shechem and laid in the tomb that Abraham had bought for a sum of silver from the sons of Hamor in Shechem.

John Piper once said that “God is always working on about 1000 different levels and we only get to see about 2 or 3 of them.”  I think Joseph must have felt like this. Hated by his brothers and sold into slavery, Joseph ends up being bought by a Egyptian man named Potiphar.

Things seem to go well for a while and he’s even promoted, that is until Potiphar’s wife tries to seduce and then accuses him of rape when he refuses her advances. He is then put in prison for a crime he didn’t commit, has several close opportunities to be released, but the opportunity passes and he ends up spending several years in a dank dungeon. However, God was at work the entire time!

Joseph ends up helping Pharaoh by interpreting a mysterious and prophetic dream and giving him a specific action plan for a famine that was about to strike the land. The king promotes Joseph and this eventually leads to a powerful and emotional family reunion – but God was again at work on multiple levels. God used the situation to force Joseph’s brothers to see their sin and to repent (Reuben actually offers his life for his half brother – quite a change from selling Joseph into slavery!) and Jacob, whose favoritism of Joseph sparked his other son’s intense jealousy, is forced to see what his folly looks like close up through circumstances surrounding his other son Benjamin.

Finally, and perhaps most important of all, if Joseph had not been right where God wanted him to be, the entire family would have starved during the famine and the Messianic line of his brother Judah (the royal bloodline that leads to Jesus) would have ended. Perhaps God is doing some things in your life that you just don’t understand – be encouraged! Press into Jesus and ask Him to increase your faith – He is always at work even when you don’t see all the details (Ephesians 2:10).

Father, I need to confess that there are areas where I feel like you are letting me down. Please forgive me for not trusting you and the 998 other levels you’re working in. Help me to trust you and press into where you have me in life right now. Please change the posture of my heart. In Jesus’ name, Amen!

Is there an area you feel God is letting you down in? Take some time to confess this to Jesus and ask Him to help you trust Him. Perhaps bring in a friend to join you in praying consistently into this area.