A Longing Fulfilled | December 29, 2021 FAITH WORKOUT OF THE DAY 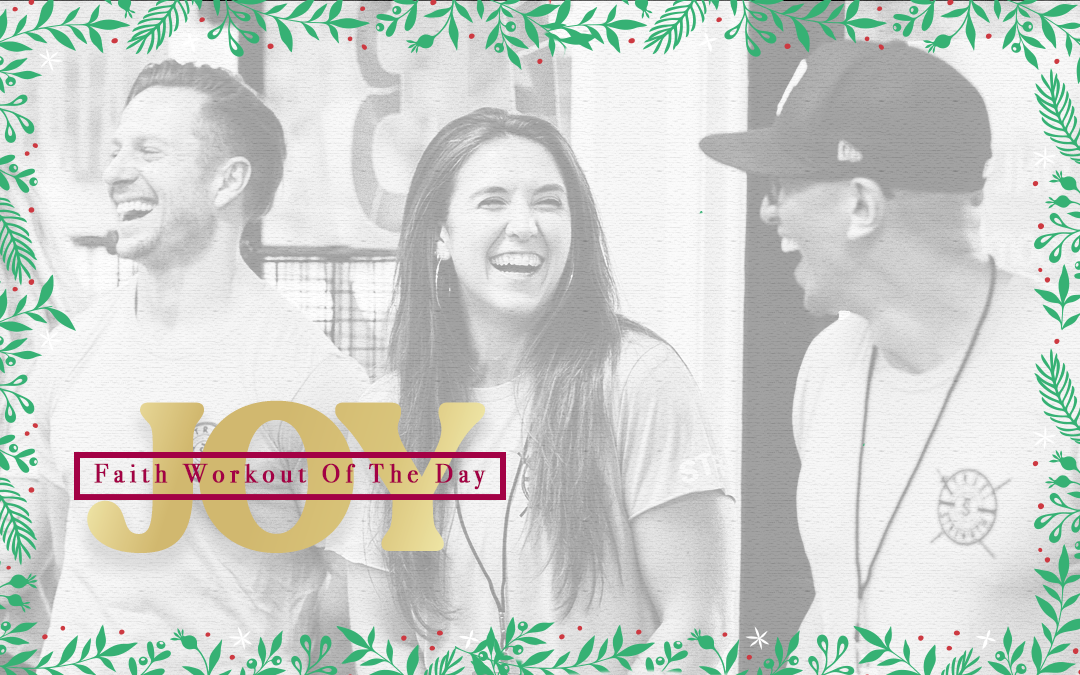 Now after Jesus was born in Bethlehem of Judea in the days of Herod the king, behold, wise men from the east came to Jerusalem, saying, “Where is he who has been born king of the Jews? For we saw his star when it rose and have come to worship him.” When Herod the king heard this, he was troubled, and all Jerusalem with him; and assembling all the chief priests and scribes of the people, he inquired of them where the Christ was to be born. They told him, “In Bethlehem of Judea, for so it is written by the prophet:

“‘And you, O Bethlehem, in the land of Judah,

are by no means least among the rulers of Judah;

for from you shall come a ruler

who will shepherd my people Israel.’”

Then Herod summoned the wise men secretly and ascertained from them what time the star had appeared. And he sent them to Bethlehem, saying, “Go and search diligently for the child, and when you have found him, bring me word, that I too may come and worship him.” 9 After listening to the king, they went on their way. And behold, the star that they had seen when it rose went before them until it came to rest over the place where the child was. When they saw the star, they rejoiced exceedingly with great joy. And going into the house, they saw the child with Mary his mother, and they fell down and worshiped him. Then, opening their treasures, they offered him gifts, gold and frankincense and myrrh. And being warned in a dream not to return to Herod, they departed to their own country by another way.

Have you ever ached for something? Have you ever longed for something so much that it created an ache in the pit of your stomach? There are these deep longings in our life that, unmet, can create such an ache. King Solomon writes about it this way in Proverbs, “Hope deferred makes the heart sick, but a longing fulfilled is a tree of life.” ‭‭It goes without saying that every year this ache appears.

How often had the Israelites longed for a Messiah? One prophesy after another, promising him to come, yet no Messiah. Generation after generation, believing this would be the one, only to be met by disappointment after disappointment. Then… A star appeared in the night sky and four wisemen/astronomers/kings see it. How long had there been hope for the Savior? Could this be the sign?

I wonder if they doubted?

Generations before had looked to the sky for signs. This time, something drove them to believe. No matter how many disappointments of the past, they saw the star and believed. Now imagine their joy when they saw him?

They had to push through the fact that it was in a barn. They had to fight through the disbelief that it could be in a manger. Disappointments of the past would have had to cast doubt at each turn. But they still saw him!  The scripture says, “When they saw the star, they were overjoyed. On coming to the house, they saw the child with his mother Mary, and they bowed down and worshiped him.”  ‭‭Matthew‬ ‭2:10-11‬

Jesus, you know the longing of my heart. Thank you for coming thousands of years ago to fulfill the promise of salvation so I can be with you for eternity. There’s other longings in my heart that overshadow the joy of knowing you’ve saved me. Deliver that same hope and worship of the wisemen unto me this morning the same as you delivered hope that Christmas morning. In your name, amen.

What hope have you given up on?  The Three Kings could have listened to the past disappointment of generations. But they didn’t. Jesus is hope birthed at Christmas, and he can birth it anew in you this Christmas. Ask him to reveal the longing beneath. It’s usually some combination of Hope, Joy, or Love. Ask him to fulfill that longing within. He is faithful. Now believe and look for it. It most often doesn’t come in a palace, but a manger. When he delivers it to you, worship!