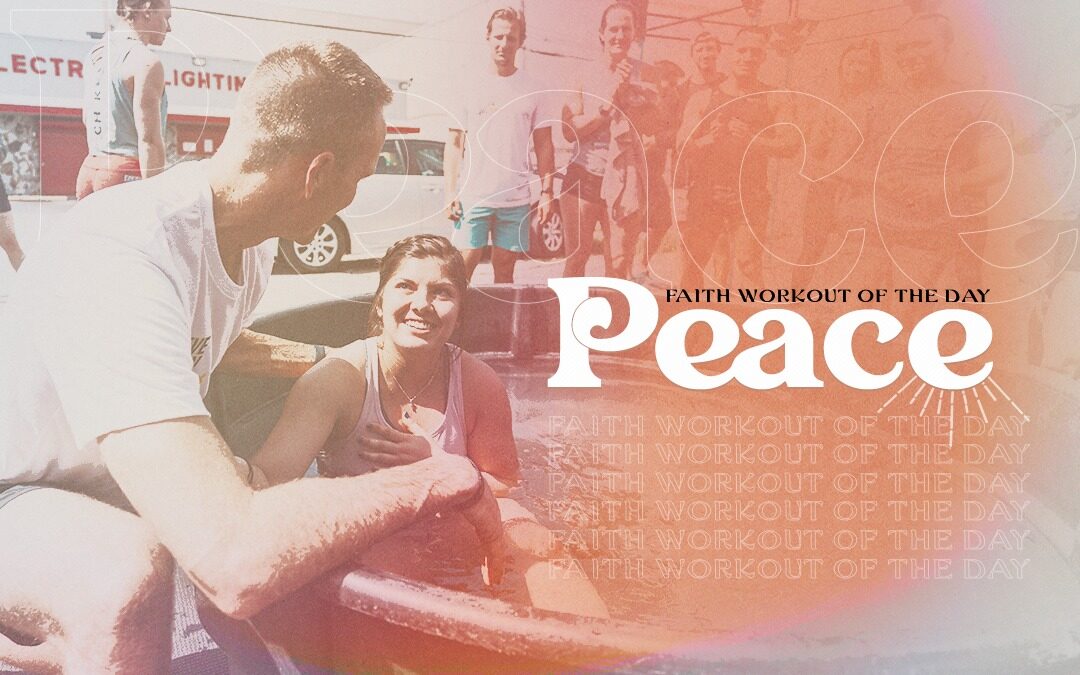 “Blessed are the peacemakers, for they shall be called sons of God.”

I have been so amazed watching the 2020 Olympics on TV. You get to see the highest caliber athletes performing center stage in events that they have spent their entire lives doing. I’m not going to lie, even though I know absolutely nothing about men’s table tennis, I find myself actually trying to give advice to these athletes from my living room in case they didn’t really spend their ENTIRE lives training for the sport! It’s insane how talented they are. What’s also consistent with these athlete is the amount of pressure they are constantly under to achieve greatness.

One athlete, Serbian tennis player Novak Djokovic, was on pace to setting a world record achievement in this year’s Olympics that’s only been done once in the history of tennis.  It’s called a Golden Slam. It’s when you win every Grand Slam tennis tournament, the U.S Open, the Wimbledon, the French Open, the Australian Open, and in the same calendar year also win the gold medal in the olympics. Well, he got to the semi-finals in the olympics but didn’t do as well as he had hoped. Let’s just say there was quite a big outburst of anger from Novak as a result and I wish I could say this was his first incident. However, we can learn a lot from this.

The verse in our study today comes from one of Jesus’ teachings famously called The Sermon on the Mount. He opens up with statements of revealing character that echoes throughout his entire message. What you learn in his teaching that is so contrary to our way of life is that you achieve greatness through weakness.

On the topic of peace he says, “blessed are the peacemakers, for they shall be called sons of God.” This form of peacemaking is described in his teaching as loving your enemies extending mercy to them even when they have done you wrong (Matt. 5:44-45). I know it’s kind of inconvenient right? But this is an attitude that builds peace not just outwardly but in our inner lives as well. You might say that you have peace, but just because you haven’t been tested in an area of your life doesn’t mean that you have victory in that same area. Just because you can avoid being in the same room as someone you have conflict with, doesn’t mean that the sound of their name won’t start pressing buttons in your head. Like we see in the Olympic, our true self tends to be revealed in testing.

Peace in the biblical understanding is to bring to wholeness that which is broken. The Sermon on the Mount gives a challenging yet practical system of ethics, inviting us into a life lived as a follower of Jesus that creates peace. But here’s the catch. We constantly fall short of even loving those close to us let alone our enemies. This is why Jesus came to rescue us back into the peace only found in him. He broke down the wall of hostility that we had towards God and extended forgiveness. A forgiveness bought with his life. As a peacemaker you have a place with the Creator knowing that peace was first extended to you and me.

Jesus, thank you for making a way for me to have peace in my life. Though I see the difficulty in extending forgiveness to my enemies, help me to understand the peace that can be obtained. In my weakness I choose to make your life shine even stronger. Because you first forgave me, I want to trust you in doing the same for others. It’s in Your name that I pray, amen.

What is your area of testing? What peace are you searching for in that area? Allow the forgiveness Jesus has given you to counsel your decision in creating wholeness in your situation.