Persevering with His Promise of Protected Presence | July 2, 2022 FAITH WORKOUT OF THE DAY 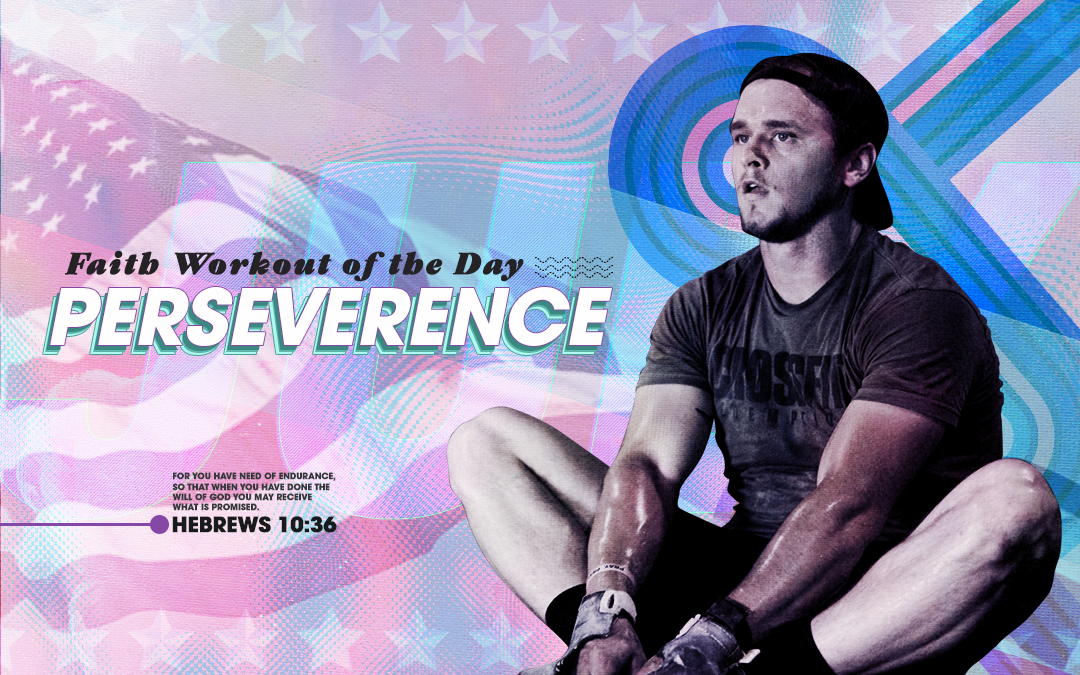 10 As an example of suffering and patience, brothers, take the prophets who spoke in the name of the Lord. 11 Behold, we consider those blessed who remained steadfast. You have heard of the steadfastness of Job, and you have seen the purpose of the Lord, how the Lord is compassionate and merciful.

When you think of perseverance, what comes to your mind?

Did you know that Walter Payton, the late great Chicago Bear running back rushed for over 9 miles, but every 4.6 yards he got knocked down? Do you think he would be one of the best running backs in NFL history, if he didn’t pick himself up, brush himself off and got back into the huddle?

I know football doesn’t compare to faith life, but for me that is a picture of perseverance, coupled with what Paul says in Philippians 3:14- 14 I press on toward the goal to win the prize for which God has called me heavenward in Christ Jesus. I wonder, for you what does it mean to persevere? What does it mean to keep pressing towards the goal by which God has called you to?

For Jeremiah the prophet it was boldly calling God’s people into repentance and pointing people to God’s promise, but that was going to come at a cost, a great cost. That’s why the first chapter of Jeremiah is so powerful, because not only is God having this intimate conversation with Jeremiah. But he is also laying the groundwork for what it’s going to mean to persevere.

Read Jeremiah 1:17-19- “Get yourself ready! Stand up and say to them whatever I command you. Do not be terrified by them, or I will terrify you before them. 18 Today I have made you a fortified city, an iron pillar and a bronze wall to stand against the whole land—against the kings of Judah, its officials, its priests and the people of the land. 19 They will fight against you but will not overcome you, for I am with you and will rescue you,” declares the Lord.

What do you see within this passage? Notice that first phrase, “Get yourself ready!” God is essentially saying, get ready, be ready, this is going to be hard and people will come against you, but I have something more for you. But notice he doesn’t just say, be ready because you’re going to take some hits, no, look at the description of how God was going to be with him.

Verse 18 says, “I have made you” … what? In the midst of asking him to be ready, God is inviting him into this promise.

Then God closes the promise with “you will not be overcome, for I am with you and will rescue you.” You see, God’s invitation of perseverance is his promise of protected presence.

For some of you today, you need to know that God is with you and that he is asking you to persevere, not in your own power or strength. But as he tells Jeremiah, you can persevere because I am your security, protection and strength which can give you courage to keep moving towards the things God calls us into.

I don’t know what you need to persevere through right now, but know this perseverance marked by faith is one that’s about God’s kingdom and if it’s about God’s kingdom than we can know that God’s promise is one of protected presence. Not matter how hard, no matter the number of times you get knocked down, God’s promise of protected presence will be with you.

God, I know you are a God who keeps his promises. I also know that if it wasn’t easy for your Son to bring Your kingdom here on earth, then why do I think it will be any different for me. May I hold onto your promise of protected presence and with that, know that you always invite me to persevere for your kingdom. Allow the images you gave Jeremiah to be sealed within my heart and mind as I press on to take the prize, which you called me heavenward. In Jesus’ name, Amen!

Take some time and envision what it means to hold onto those pictures that God gave Jeremiah. Then journal the answers to these questions: