The Power to Change People | September 12, 2021 FAITH WORKOUT OF THE DAY 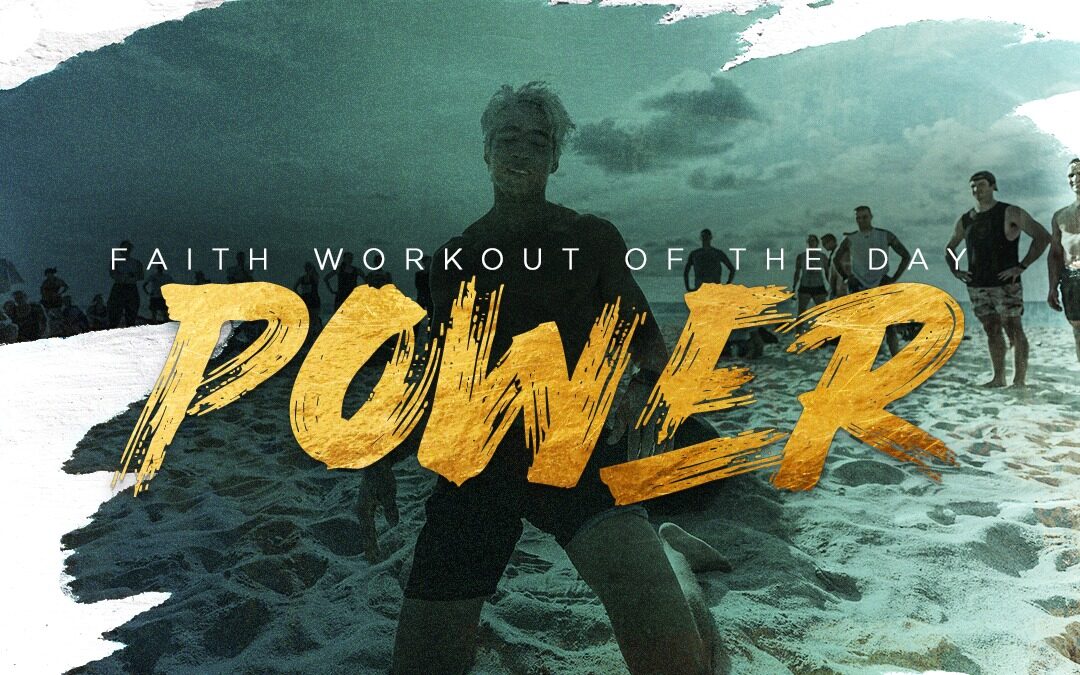 “1 But Saul, still breathing threats and murder against the disciples of the Lord, went to the high priest 2 and asked him for letters to the synagogues at Damascus, so that if he found any belonging to the Way, men or women, he might bring them bound to Jerusalem. 3 Now as he went on his way, he approached Damascus, and suddenly a light from heaven shone around him. 4 And falling to the ground, he heard a voice saying to him, “Saul, Saul, why are you persecuting me?” 5 And he said, “Who are you, Lord?” And he said, “I am Jesus, whom you are persecuting. 6 But rise and enter the city, and you will be told what you are to do.” 7 The men who were traveling with him stood speechless, hearing the voice but seeing no one. 8 Saul rose from the ground, and although his eyes were opened, he saw nothing. So they led him by the hand and brought him into Damascus. 9 And for three days he was without sight, and neither ate nor drank.

10 Now there was a disciple at Damascus named Ananias. The Lord said to him in a vision, “Ananias.” And he said, “Here I am, Lord.” 11 And the Lord said to him, “Rise and go to the street called Straight, and at the house of Judas look for a man of Tarsus named Saul, for behold, he is praying, 12 and he has seen in a vision a man named Ananias come in and lay his hands on him so that he might regain his sight.” 13 But Ananias answered, “Lord, I have heard from many about this man, how much evil he has done to your saints at Jerusalem. 14 And here he has authority from the chief priests to bind all who call on your name.” 15 But the Lord said to him, “Go, for he is a chosen instrument of mine to carry my name before the Gentiles and kings and the children of Israel. 16 For I will show him how much he must suffer for the sake of my name.” 17 So Ananias departed and entered the house. And laying his hands on him he said, “Brother Saul, the Lord Jesus who appeared to you on the road by which you came has sent me so that you may regain your sight and be filled with the Holy Spirit.” 18 And immediately something like scales fell from his eyes, and he regained his sight. Then he rose and was baptized; 19 and taking food, he was strengthened.

For some days he was with the disciples at Damascus. 20 And immediately he proclaimed Jesus in the synagogues, saying, “He is the Son of God.” 21 And all who heard him were amazed and said, “Is not this the man who made havoc in Jerusalem of those who called upon this name? And has he not come here for this purpose, to bring them bound before the chief priests?” 22 But Saul increased all the more in strength, and confounded the Jews who lived in Damascus by proving that Jesus was the Christ.”

In the podcast we published today, we hear Jadi talk about his conversion as a Saul-to-Paul experience. In the reading, we see how Paul was literally hunting down Christians and persecuting them when Jesus met him in the middle of his travels and changed the course of Paul’s life. There wasn’t much choice Paul had in it. Jesus made it happen.

Jadi had a similar experience. He went from being an atheist professor who took pride in convincing kids to walk away from their faith, to giving his life to Lord and becoming a theologian in training.

Is there someone in your life that you’re convinced can’t change? Maybe it’s you? Is there something in your life you’re struggling with and you’ve told yourself it’s just the way you are and nothing is going to change that? Those are lies. They can change, and you can change. Through the Power of God, people are redeemed and brought out of their broken places. Surrender to him- daily. Pray over that person of your life, or yourself, and ask God to move mightily. Stay fervent in those prayers. God can do more than you could ever imagine.

Spend time praying over this situation, over this person. And listen to Jadi’s podcast, available wherever you get your listening fix. Just search for, “FAITH + FITNESS Podcast.”