True Strength That Seeds Courage | May 6, 2022 FAITH WORKOUT OF THE DAY 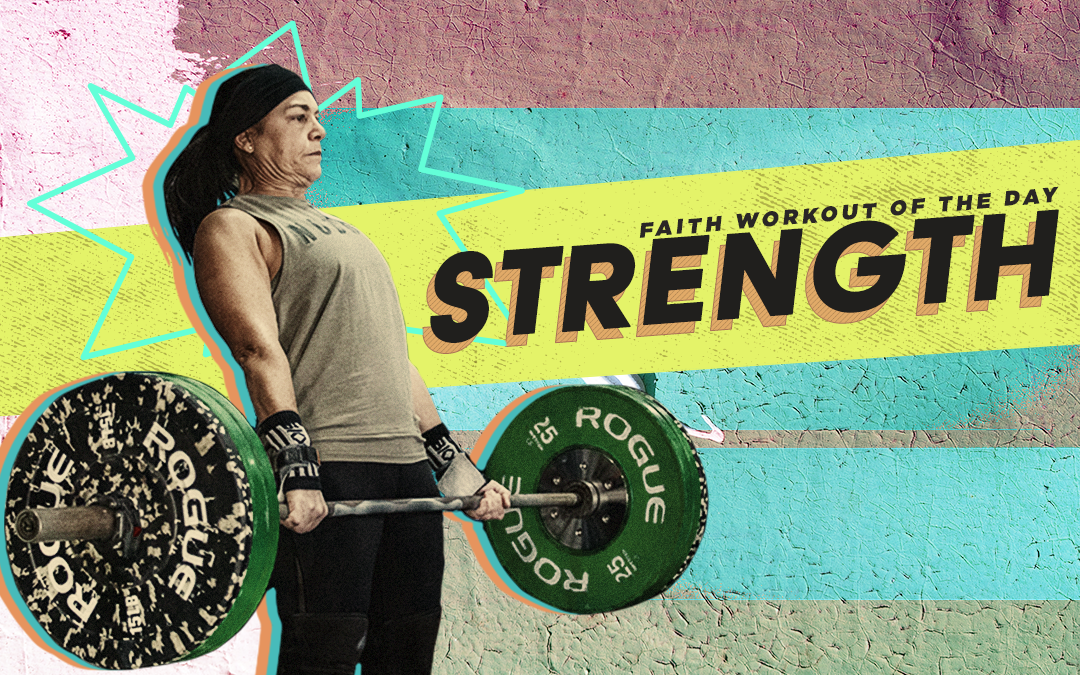 After the People of Israel were delivered by God from Egypt with Miracle after Miracle, they found themselves making circles in the desert. Their disobedience and lack of faith in the very God who had shown him His glory, had resulted in discipline. So instead of straight toward the promise land, they were now making laps until the disobedient generation had died off. God would March a new generation into the lands of “giants” and disposes them.

This land was rich with resources and the people of that land had been living in that richness, so they were healthy, and strong, and powerful. So when the Israelites saw these people they had genuine fear. After all they had been living off much less wandering in the desert. They were not living off of the same resources as the people they faced. The difference was that God was the resource for the Israelites.

Ever stopped to wonder why God kept speaking the same two words over Joshua and the Israelites, “Be strong and courageous”? Why did God separate strength from courage? Could it be that there is false courage that we can find when our strength is in our numbers, our size, our giftedness, and our abilities. Courage founded in these things is deceiving. But courage founded out of true strength finds victory every time.

Jesus, help me to identify and lay down all the things I am putting my faith in that isn’t you. You are my strength and my shield. In you I choose to find my strength and courage. In Jesus’ name, Amen!

What circumstances do you find yourself in that the odds seem stacked against you? At the feet of you Savior, ask Jesus what he wants to do? Sometimes He removes the challenges of our life, but most the time He has us walk straight into the challenge with faith that what he says he is going to do, He will do. Our strength is in his voice and our courage in that strength. Walk straight into the challenge with the strength from what he speaks to you, at his feet!